Witness What Is Possible

Written by Meredith Polsky, Matan’s Director of Advocacy and Training 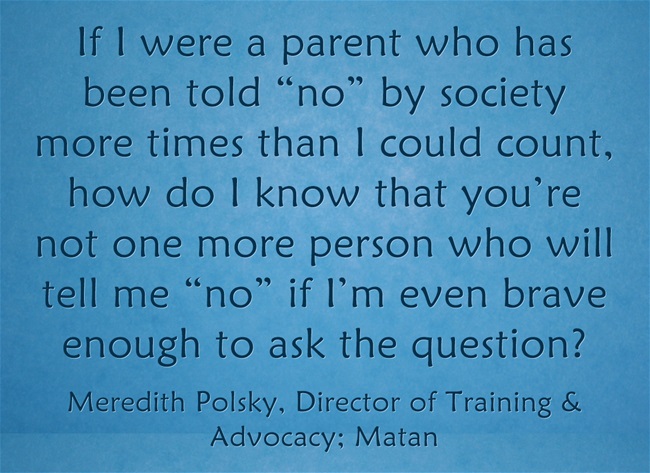 Three years ago, I called a parent meeting for one of our Matan classes. Most of the children had started with us at age 6. They were now turning 10, and it was time to begin the conversation about b’nai mitzvah. My plan had been to talk to this group of parents about the different types of services, venues, rabbi’s (some were affiliated with a particular synagogue; others were not), what my involvement could be and what they could expect throughout the next several years. My plan had been to lay it all out for them, exchange thoughts and ideas and create a good “jumping off point” for more individualized conversations.

The meeting did not go according to plan.

“What do you mean?” they asked shortly after I began.

“I’m not sure I understand your question,” I responded to these parents who I had gotten to know pretty well.

“What do you mean?” they repeated.

After some back and forth, I realized the disconnect: it had never occurred to them that their child could have a bar or bat mitzvah.

And that had never occurred to me.

The meeting did not go according to plan, but the message was crucial: “Yes, every one of your children can and will have a bar or bat mitzvah, if that is your goal.”

“Even my son?” one mom asked. “Yes. Especially your son.”

The months and years that followed have been eye-opening, inspiring and educational (particularly for me). 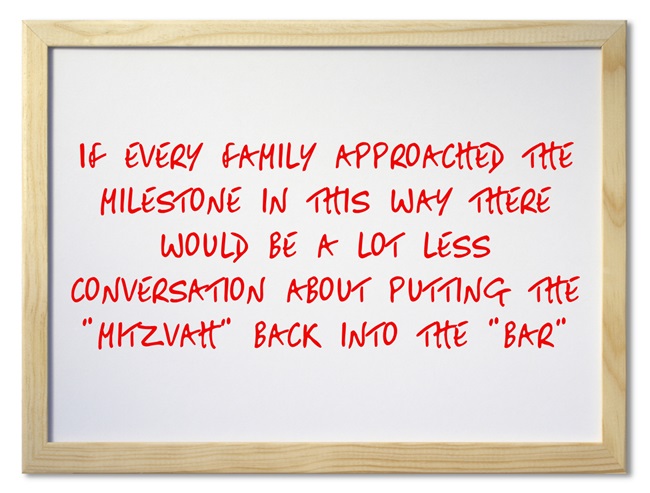 I could delineate how each family created a plan that took into account their child’s individual strengths; how parents talked with their child about what would be most meaningful; how they discussed their family goals and beliefs and crafted ceremonies and celebrations that felt right to them; how if every family approached the milestone in this way there would be a lot less conversation about putting the “mitzvah” back into the “bar”.

But instead I’ll talk about messaging. At Matan, we often hear from rabbis and other Jewish educators that they believe in inclusion; that they want all individuals to feel welcome in their synagogue; that they “get it”; that they recognize that we are all created b’tzelem elohim, in God’s image. And all of these things are huge; in fact, they are critical. By no means are these sentiments to be taken for granted. But they are not enough.

Recently the oldest of this group of Matan students celebrated his bar mitzvah at the synagogue where his family belongs. On the same bimah where his parents thought he could not be called to the Torah, this 13 year old held, kissed and read from that Torah with more devotion and more heart than most of us have probably ever seen. His parents were brave enough to ask the question, and as a result, an entire community witnessed what is possible.

And one day, parents won’t have to ask the question – because those that came before them will have paved the way, ensuring that every Jewish child has equal access to their Jewish birthright.