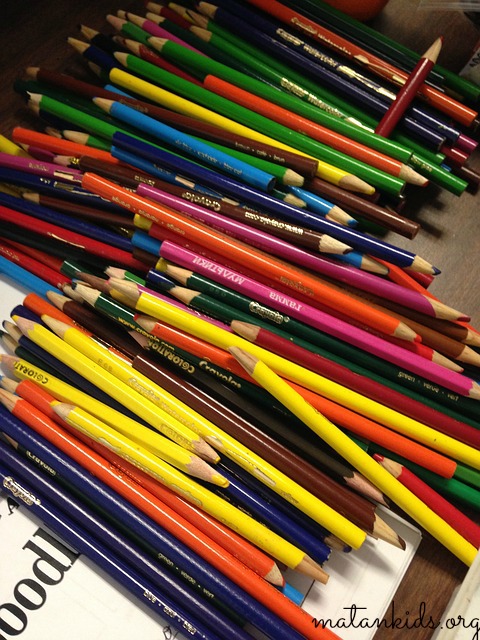 My son’s tooth sits on the counter and I catch myself staring at it. I haven’t put it away with the other teeth or lost it like a few others before. I keep staring at this tooth­­, a sign of his youth, a symbol of all the potential that he can become. I stare at this tooth, and I am filled with sorrow and rage. Sorrow for the pain and hurt that my son has endured, and rage for how my son has been written off by his own school.

My son attended our local Orthodox Jewish day school as a first grader. Eager, happy, and thrilled to be learning Torah, he also had his problems: He touches everyone and everything. He cannot keep his hands to himself. If the boy next to him has a fuzzy shirt, my son will stroke it­­ with or without permission. He has to be at the end of the line, otherwise he holds up everyone by touching all the tiles and artwork on the walls.

This quickly became apparent to the first grade teachers and the administration got involved. They suggested he attend a special club they were forming to help with behavioral issues: taking turns, sharing, etc. I questioned the need – ­­is this club really going to help my son? His issue is not behavioral; it’s sensory. He doesn’t understand his body space in relation to others. How will a club addressing sharing and taking turns help my child who doesn’t have a problem in these areas? When I brought these questions up with the administration, all I received was silence.

Following several weeks of intense scrutiny by the school, my son did not change. The school contacted me and suggested I have an Occupational Therapist evaluate him.

I agreed and immediately found someone willing to come to the school to observe him. The following week all paperwork had been submitted to begin my son’s OT therapies. That same week there was an incident involving my son, and we were told he could not return to school without a shadow.

He had been playing with friends to see who could kick the soccer ball the highest and asked if they could kick it “this high” while picking up one of his friends.

Was the child hurt? No.

Has my son ever hurt anyone? No.

How will a shadow help my child? Silence.

A shadow is roughly $3,000 a month, which we cannot afford. What are we to do? Silence.

And once again I realize that I cannot question the school. The school is not interested in a conversation with me. There is no discourse here at all.

The school had spoken, and I must obey.

This school labeled my child as a problem. With every phone call it felt less and less like they were trying to find ways to resolve his issues, and more and more like they were following a prescribed protocol – bullet points of observations and notifications to the parents to include in his growing file.

This school has failed my child. It isn’t possible that these behaviors suddenly emerged this year in first grade, but not last year in kindergarten. Why wasn’t I made aware of this situation then? We could have begun OT treatments a year ago. He could have been helped, not rejected.

This school wasn’t giving my child a chance. It doesn’t matter that we did what they asked of us, that we were literally days away from beginning treatment. Friday morning we were told, without a shadow, he could not return on Monday.

I’m staring at his tooth and remembering that, when he was born, I swore to put his needs first. I vowed to be his advocate. I promised him and myself that I wouldn’t let fear, shyness, or embarrassment stop me from doing what was best for him.

And I won’t. My son, who has been enrolled in Jewish institutions his whole life, who cried that he wants to learn Torah, will now go to public school. And I am relieved! Because I know that he will not be mistreated. He will finally get the help he needs. And, most importantly, he will grow to be a well-adjusted, happy child.

I keep staring at the tooth laying on my counter. It just didn’t fit where it had been. It was time for it to go.

JDAMblogs Jewish Day School parenting sensory
Why I Had To Pull My Son Out of Jewish Day School2015-02-062015-02-06https://matankids.org/wp-content/uploads/2016/01/logo.pngMatanhttps://matankids.org/wp-content/uploads/2016/01/logo.png200px200px
Contact Us
Menu
Subscribe to Newsletter
Copyright Matan. All Rights Reserved