Seeing One Another As We Truly Are – Parashat Ki Tisa 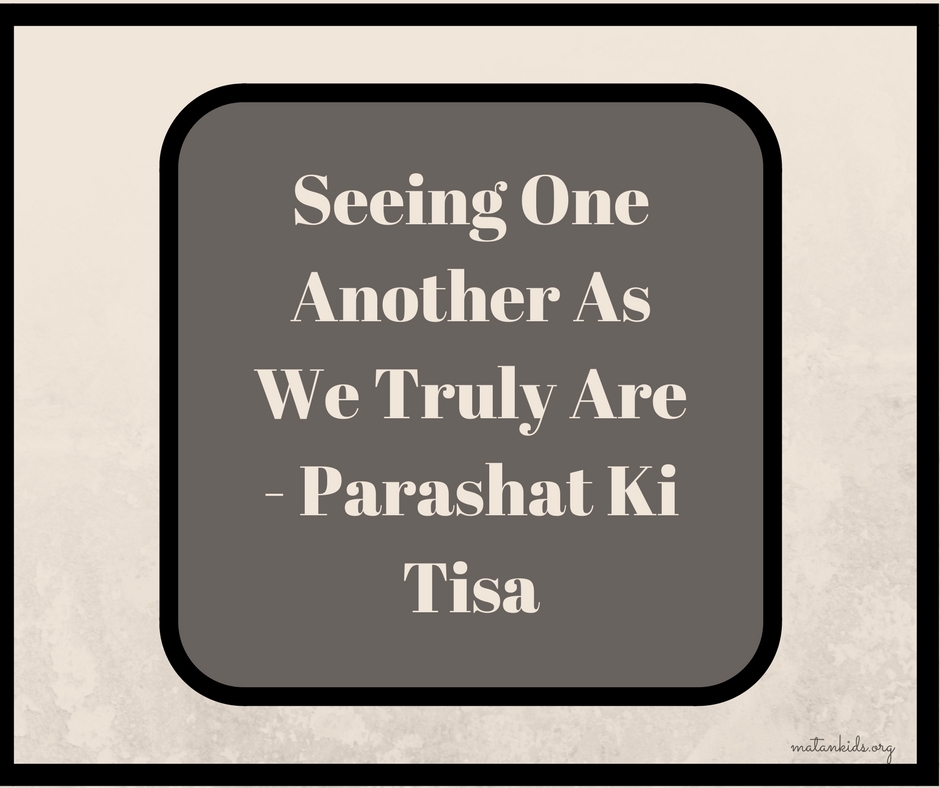 Last year, the Washington Post listed fourteen common suggestions from people with disabilities collected from a popular Reddit thread. First on the list was, “Don’t tell someone with a disability that they are inspiring.”

This resonated for me because it exactly mirrored much of our reaction to the similar praise we received as my wife, Dani, began sharing her experiences with our fourth child, who has Down Syndrome (he’s almost two). As Dani wrote, “As soon as you were born people were telling us that we were amazing. Warriors. Champions. And I wonder if they understand that we’re just your parents. That you’re just a baby. Do I get a gold star because I brought you home from the hospital? Do I deserve a medal for loving you and being your mom?”

The end of Parashat Ki Tisa describes how Moses, upon his descent from Mount Sinai, began wearing a veil that covered his face. He did this because, “Aaron and all the Israelites saw that the skin of Moses’ face was radiant; and they shrank from coming near him.” (Ex. 34:30)

Some voices in the Midrash explain that the people recoiled in awe because Moses’ face literally shone with a miraculous divine light. Others explain that they could not meet his gaze out of a sense of a reverence, perhaps tinged with shame, following the sin of the Golden Calf for which he had just achieved their atonement. Whatever the precise meaning, the common denominator is that Moses was so other-worldly following his rendezvous with God on top of the mountain, so inspiring, that they couldn’t even look at him.

Of course, since there is no such thing as a one-way veil, it also meant that Moses could not see them.

It is left to our imaginations to wonder what Moses felt about this arrangement, and if he ever felt the urge to trade some of his newly-acquired aura for normal human interaction. At the very least, the veil seems to have been his own idea, even if having a “radiant” face was not. In contrast, when we put people on pedestals by calling them “inspiring,” “brave,” or the like for merely living life with their particular challenges, we are too often, without consent, putting a veil of sorts over their faces.

Writer Katie Rose Guest Pryal warns that such generic praise is inherently objectifying, flattening disabled people’s own feelings and attitudes about themselves and their conditions beneath what they mean in the mind of someone else. In other words, the actual person is invisible, as if hidden behind a veil. At the same time, focusing on a person’s disability, even with the best of intentions, can sometimes reinforce stigma and anxiety. She describes how being told how brave she was for writing about her own mental disability only made her wonder if there wasn’t actually something to be afraid of. Just as in the case of Moses, the veil that hid her from others also made it harder for her to see clearly.

The conclusion of the Parasha notes that Moses would remove his veil only when speaking directly with God. Perhaps, then, we might consider that all people, at their core, are reflections of the Divine image, created b’tzelem Elokim. And when we see another without placing a veil in between us, we allow them to truly see us, as well.

Avraham Bronstein is rabbi of The Hampton Synagogue in Westhampton Beach, New York.

d'var torah disability Down syndrome God inspiration Moses Torah
Seeing One Another As We Truly Are – Parashat Ki Tisa2017-03-152017-03-14https://matankids.org/wp-content/uploads/2016/01/logo.pngMatanhttps://matankids.org/wp-content/uploads/2017/03/Seeing-One-Another-As-We-Truly-Are-Parashat-Ki-Tisa.jpg200px200px
Contact Us
Menu
Subscribe to Newsletter
Copyright Matan. All Rights Reserved