All Mitzvot for All Jews – Parashat B’chukotai 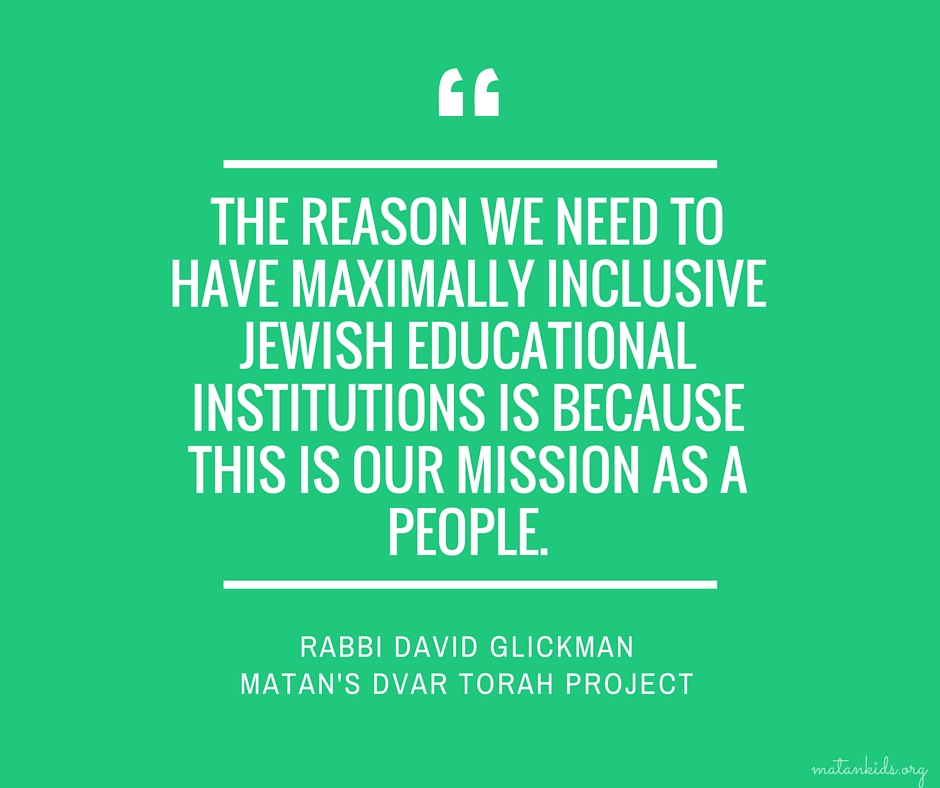 Parashat B’chukotai comes at the conclusion of the Book of Leviticus, and we read verses that delineate the blessings and curses that come to the Israelite people if they follow – or depart from – God’s mitzvot.

All of the warnings of these blessings and curses are written in the plural.

The invitation for blessing begins: “If you follow My laws and faithfully observe My commandments, I will grant your rains in their season, so that the earth shall yield its produce and the trees of the field their fruit….” (Lev. 26:3-4)

When we speak of the idea of “totality” in regards to the Klal Yisrael, we often think of the Biblical images of the Exodus from Egypt or standing at the base of Mt. Sinai. It is a common trope in our Jewish lives to think of all Jews throughout history coming out of Egypt. That is, after all, the major theme of the Passover Haggadah: “In every generation, each person must see him or herself as if being personally taken out of Egypt.” The idea of all Jews throughout history being present at the giving of the Torah is so common, that a popular Jewish singles website is called “Saw You at Sinai.”

In Rambam’s Laws of Repentance, he writes: “If someone performs one mitzvah, he tips his balance and that of the entire world to the side of merit and brings deliverance and salvation to himself and others.” (Mishneh Torah, Hilkhot Teshuvah 3:4) In other words, according to Rambam, there is cosmic and universal significance to one Jew doing one mitzvah.  He says that each of us must view the world as completely balanced, and that one more Jew doing one more mitzvah can actually “tip the scales” toward universal redemption.

This idea places a special burden on Jewish educators, rabbis, cantors, and the institutions that educate our young people – our synagogues, camps, and schools. This idea is that the entire Jewish people is responsible for every Jew and that each has the ability to do mitzvot in their life. This is the purpose of inclusion.

One might think that having a fundamental culture of inclusion in a Jewish institution is for the benefit the person who might have a cognitive or physical limitation, but that is not the case. The reason we need to have maximally inclusive Jewish educational institutions is because this is our mission as a people. If any person is excluded from Torah and mitzvot, we are limiting the potential of the entire Jewish people to work towards a vision of universal redemption.

Rabbi David Glickman dedicates his professional career to creating communities of meaning. He has crafted a rabbinate rooted in Torah and relationships and has cultivated innovative programs utilizing cutting edge resources with relevant learning experiences, bringing timeless wisdom to the current day. Rabbi Glickman received a BA in Jewish Studies from the University of Michigan and was ordained at the Jewish Theological Seminary.  He participated in the Synagogue Transformation and Renewal (STAR) program, where he continues to be part of the alumni network.