Every River Has Its Own Course – Parashat Terumah 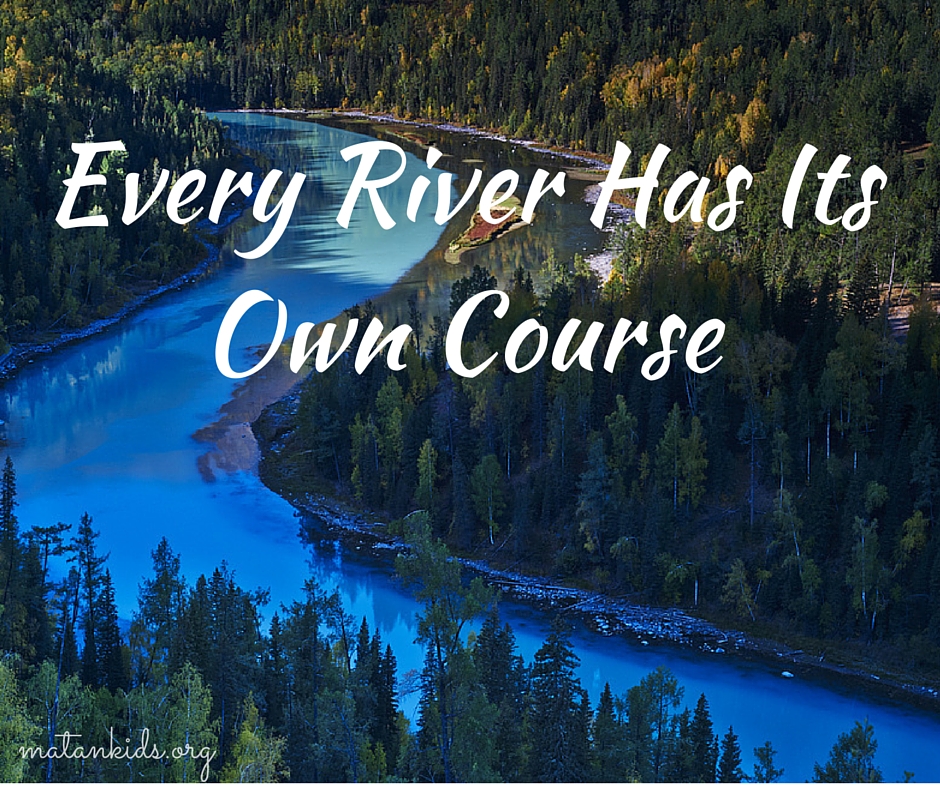 While in rabbinical school, I spent a year as the student rabbi at Temple Beth Solomon of the Deaf in Arleta, CA. It was a deliberate choice on the part of the rabbi in charge of student placement, Rabbi Wolli Kaelter, z”l. As a music major, Rabbi Kaelter wanted me to have a rabbinic experience where I couldn’t simply rely on my voice to communicate. It was a daunting task.

On Yom Kippur, I stepped down from the pulpit to see the story of Jonah as it was expressively conveyed in American Sign Language (ASL). It was one of the most beautiful presentations of Jonah I had ever experienced. It was also the most exhausting. (Very) new to ASL, it required an enormous amount of concentration to follow the story. And, I admit, I had difficultly staying focused and understanding everything that was being said.

In Parashat Terumah, after God ticks off a detailed list of instructions to Moses regarding the creation of the Menorah, God says, “See and follow the patterns for them that are being shown you on the mountain (Exodus 25:40).”

Rashi writes that “Moses was perplexed by the construction of the Menorah until God showed him a Menorah of fire.” Why was it so difficult for Moses to comprehend the making of the Menorah? Rashi doesn’t actually address Moses’s problem. Instead, Rashi focuses on the importance of understanding. Regarding “Binah” – “understanding” – the Gemara (Rosh Hashanah 21b) says that “fifty gates of understanding were created in the world; all but one, were given to Moses.”

This was not the only instance in this Torah portion where a physical blueprint was required for Moses to understand God’s instructions:

Throughout this section of the Torah, Moses is given verbal instructions to build the Miskhan, but abstract descriptions are difficult to translate into precise, concrete terms. The verses intimate that God did more than dictate instructions to Moses, He showed him images as well.

When the Gemara teaches that there are fifty gates of understanding, it is a reminder to us that we have been presented with multiplicities of Divine connection.

Chief Rabbi, Lord Jonathan Sacks, in his introduction to the Koren Siddur, wrote: Prayer is the language of the soul in conversation with God. The siddur is the choral symphony the covenantal people has sung to God across forty centuries, from the days of the patriarchs and matriarchs until the present day. In it we hear the voices of Israel’s prophets, priests, and kings. Its sages and scholars. Poets and philosophers, rationalists and mystics, singing in calibrated harmony. Its libretto weaves together texts from almost every part of the vast library of Jewish spirituality: Torah, the Prophets, the Writings, Mishna, Midrash, and Talmud, as well as philosophical passages such as the RamBam’s 13 Principles of Faith and pieces of the Zohar.

In every generation, we have added something of our own. Be it new melodies, new piyutm, new customs. Assisted technology, American Sign Language, large-print prayerbooks, sensory-sensitive prayer spaces. Each tradition has a character of its own to which Halacha applies the principle: nahara nahara ufashteh – every river has its own course. It is with this principle in mind that we continue to seek inclusive ways to add new layers to our historic tapestry of prayer. 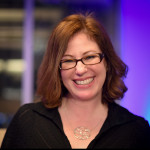 Ordained by the Hebrew Union College-Jewish Institute of Religion, Rabbi Rebecca Einstein Schorr is a CLAL Rabbis Without Borders Fellow, a contributing writer at Kveller.com and The New Normal: Blogging Disability, and is the editor of the newsletter of the Central Conference of American Rabbis. Her writing appears regularly on various sites including Tablet Magazine, the Jewish Daily Forward, the Huffington Post, The Jewish Week, ReformJudaism.com, and Zeh LeZeh (For One Another). Rabbi Schorr is a contributor to The Sacred Encounter: Jewish Perspectives on Sexuality (CCAR Press, April 2014), and is the co-editor of a forthcoming title on the impact of forty years of women in the rabbinate. A sought-after speaker, Rabbi Schorr has given presentations on disability and inclusion at such places as the 92ndSt. Y, the Academy for Jewish Religion (NY), a variety of synagogues and other community organizations; she was also a member of the 2012 Listen To Your Mother – Wilmington Cast, where she spoke about the reality of rearing a child on the spectrum. Writing at her blog, This Messy Life (www.rebeccaeinsteinschorr.com), Rabbi Schorr finds meaning in the sacred and not-yet-sacred intersections of daily life. Engage with her on Twitter @rebeccaschorr.