When Life Hands You Lemons… 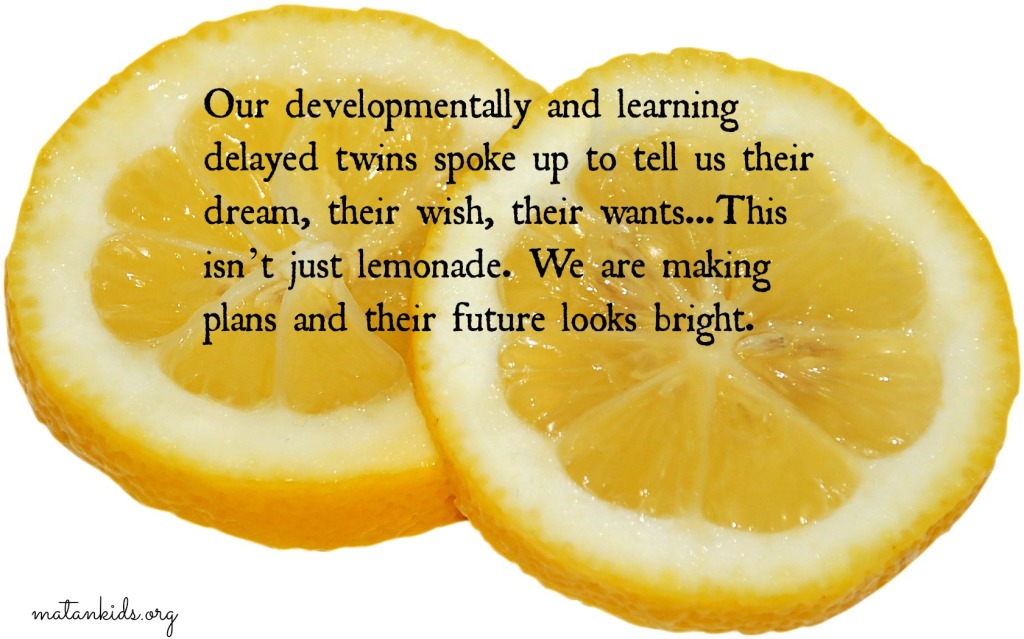 The idea of having twins was something we often chided about. To say we were giddy and excited when we heard the news would be an enormous understatement. Once the magical feeling sank in, we looked toward a bright future for our first born twins. Like most parents, we didn’t plan for the disaster that would ensue early in the pregnancy; a disaster which, only in recent years, have we learned to accept as another life experience. Unexpected complications led to a severely premature birth. Every day was eventful in a frightening and disturbing way. We spent a lonely 7 months in the NICU, and while people and medical staff surrounded us and family called to express love and concern; we just wouldn’t let them in. We couldn’t help but feel like this had been a very personal attack on us from the “Universe”, “Divine Presence”, “God”, whatever it is that one believes in or doesn’t believe in when tragedy strikes. This was the type of tragedy that, were it not for the iron clad bond created to protect our marriage, it surely would have destroyed us. It was painful beyond words, but because of it, we are stronger; we are better people. By the end of the extended hospital stay, we felt as though honorary medical degrees were warranted.

“When you plan a trip to Italy and land in Holland…what? Pick flowers?”

Plainly, it was extremely hard to make the best of our sour grapes; to create a new plan, start over and accept. After many therapies and working with a handful of wonderful people who went to great lengths to help our kids, it was finally time to transition them to school, away from home, a terrifying concept. We were aware of their severe educational needs, so they participated in a local early intervention program. We firmly believe that this put them on the right track for success in life, even if it was our only option.

And along the way, we talked ourselves out of all of the great things they could have done, had they been typical; private school, sports teams, swimming, dance, and even friends. We became part of the percentage of “Special Needs Parents”, who, according to some national survey, forego asking our young children what they would like to be when they grow up. We, like others, assumed that simply because they are unable to achieve at the same speed as typical children, that they were also unable to feel, to dream, to wish. We were wrong.

Our youngest daughter has had the privilege of attending a local Jewish Day School. She has truly thrived in learning, in building friendships and in developing community, but more importantly she now has unbelievable pride in being Jewish at the tender age of 7. The twins noticed and they asked, “Why is she in a Jewish school and we are not?” and “How come she knows all these things about being Jewish including Hebrew and we do not?” There it was. Our developmentally and learning delayed twins spoke up to tell us their dream, their wish, their wants.

Our children spoke up and we listened. We finally joined a synagogue and I’m happy to say that it is a joy to watch ALL of my children thrive. This year, our synagogue started a special needs Jewish education class with someone who is certified, experienced, understands them and yearns to know and teach them. Finally, my twins are experiencing love and acceptance, attending social events, developing friends and a community; just as we wanted for them. The bar and bat mitzvah we talked ourselves out of is back on the calendar.

This isn’t just lemonade. We are making plans and their future looks bright. 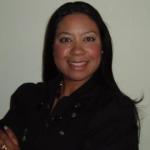 Isabel Hershkowitz lives in Rockland County, NY with her children and her husband. Since the birth of her twins, she has been involved in the not for profit sector; dedicating her time specifically to the education and empowerment of parents of children with Special Needs and currently in the not for profit legal services field.