What’s Your Dream of Inclusion?

I recently took my kids to see the Disney Pixar movie, “The Good Dinosaur”. If you’re not familiar with the story, the film explores what the world would have been like if dinosaurs had never become extinct. What I took from the movie, though, had very little to do with that existential question.

In the beginning, 3 baby dinosaurs are born to an exuberant “Mama” and “Papa” dinosaur. Two are hatched out of their eggs ready to take on the world – which apparently for dinosaurs, means that they can run, jump, climb and cause varying degrees of mischief. The third dinosaur, however, is much smaller than the other two. His legs don’t function in exactly the same way as the others, and he is much more hesitant than his dinosaur siblings. Like many of us, he has to work harder, exert more energy and muster up more courage in order to successfully accomplish everyday tasks. But our protagonist, Arno the Dinosaur, is up for the challenge and before too long, the audience forgets that he experiences the world differently from the others.

Extrapolating on any one of these ideas would have made for great material for this Jewish special educator, and as I watched Arno hatch from his egg I naturally assumed that he was a blog post waiting to happen. But the movie continues and a full cast of characters is introduced, each with his/her own role in this alternate universe in which dinosaurs rule the earth. And before I know it, I have a new blog post brewing, as Arno is introduced to a new dino friend: 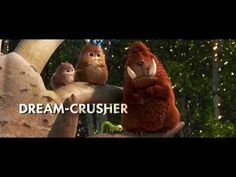 “This is Dream Crusher. He keeps me from having unrealistic goals.”

This really struck a chord! Working towards full inclusion in the Jewish community can, at times, feel like chasing an unrealistic goal. Each community has competing priorities, limited funds, constraints on personnel and time and a host of other obstacles that make this work challenging. It might be tempting to give up; to determine that these obstacles are bigger than what we as individuals can conquer.

The “dream crusher” within us morphs obstacles into full-fledged barriers.

We know, however, that nothing good ever comes from giving up. In the world of Jewish inclusion, it’s simply not an option. We are each one piece of the puzzle that makes up the Jewish community, and it takes every single one of us to create inclusion goals within our spheres.

What role do you play? Are you a classroom teacher? An education director? A preschool administrator? A congregational rabbi? A lay leader? What goal will you set for yourself to create a more inclusive classroom, school, congregation or board? Prioritize that goal, make the time to achieve it, and imagine which child – which family – will have their dreams realized because of you. 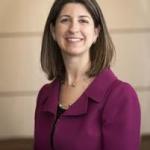 Meredith Polsky is Matan’s National Director of Institutes and Training.