Written by Jason Lieberman, board member of Matan. 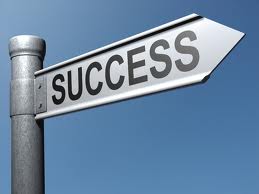 With JDAM 2014 in the books, I thought I’d reflect on what I, a member of the Jewish community with a disability, and witness to the evolution of the month, views as JDAM success.

Professor Paul C Light, from the Robert F. Wagner School of Public Service, suggests the true goal of non-profits is to make its mission obsolete. I always believed long-term, JDAM should strive for a similar goal. However, on a shorter-term basis my view of JDAM success has changed over time.

The first step to building a truly integrated or inclusive Jewish community is breaking down the barrier separating people with disabilities and their families from the “mainstream world,” which as a whole ignored us or saw our families and us as nothing more than a burden. Therefore, in the beginning, acknowledgement in a synagogue’s bulletin announcements, from the pulpit, or in the local Jewish paper was a success.

Acknowledgement, though only breaks the ice.  So nine years after the launch of the first national infinitive[1], I no longer believe acknowledgment constitutes success. To succeed now, JDAM must be a catalyst to a time when the inclusion of people with disabilities doesn’t need a specially dedicated month, but is simply normal operating procedure. A successful JDAM, therefore, requires programs with transformative potential. It must ignite, some action advancing opportunities within the community for people with disabilities.  That is, effectiveness requires JDAM’s benefits extend beyond March 1st. Thus locally, we shouldn’t measure JDAM’s success by the number of programs or attendance at those programs, but on whether the community is further on its journey toward inclusiveness and integration on March 1st than it was on February 1st, and further in 2015 than 2014.

Was your JDAM successful?

[1] Yachad and the OU launched North American Inclusion Month (NAIM) in October of 2005 and continue to use that name. The broader community rebranded it JDAM and moved it to February in 2009.