Each in Their Own Way – Parashat Vayechi 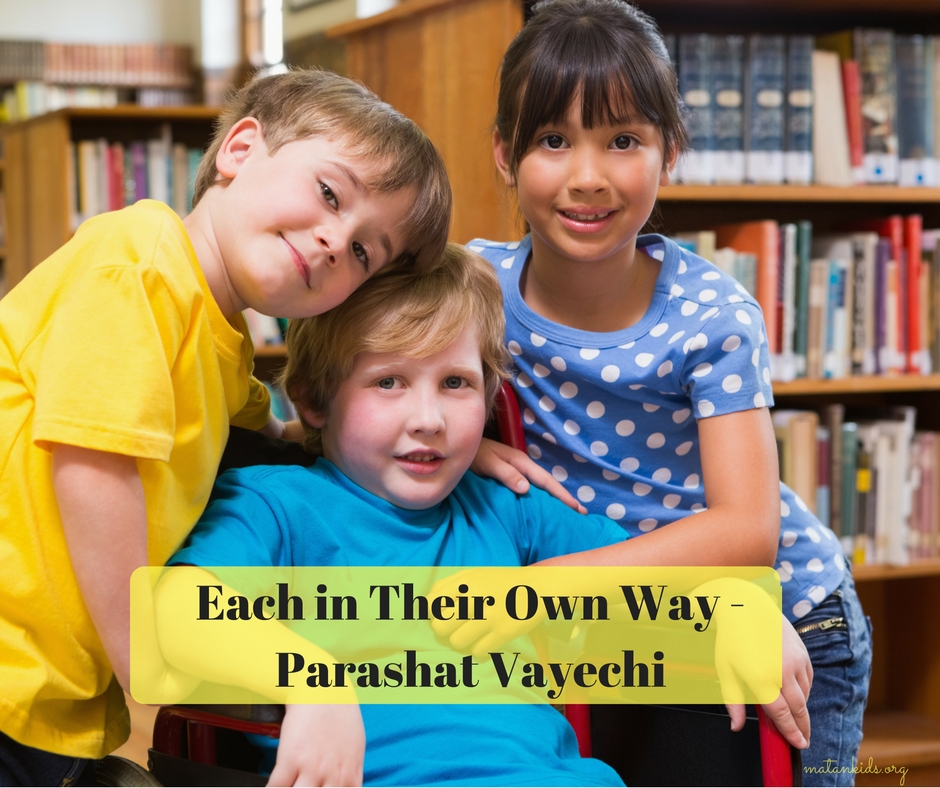 In Parshat Vayechi – we find the following encounter. Yaakov (Jacob) is on his deathbed and his children and grandchildren come near to receive his last blessing.

Yosef (Joseph) – his beloved son – enters the room with his children: Menashe & Ephrayim. As was customary, he placed Menashe –  the elder son, the bechor – near Yaakov’s right hand, signifying a place of honor. However – to Yosef’s surprise – Yaakov does something unexpected. He crosses his hands – placing his right hand on Ephrayim’s head and his left hand on Menashe’s head.

Yosef was upset and tried to correct his father. But Yaakov insisted that he knew what he was doing. Not only was Yosef upset – a lot of the commentaries are bothered as well. Hadn’t Yaakov learned anything from the trials and travails that Yosef and his other sons went through? Didn’t he realize that favoritism does not work?

The Netziv, Rav Naftali Tzvi Yehuda Berlin of Volozhin in his commentary on the Torah gives a beautiful and insightful answer to this conundrum that flips the whole scenario into a positive light.

This position is strengthened by the Midrash in Breishit Rabba 19 which describes Yosef’s right-hand man (הממונה על ביתו) and the one who carried out his word and “got things done” as his son Menashe.

What the Netziv is telling us is that Yaakov knew exactly what he was doing and in fact was very sensitive to the strengths and weaknesses of his grandchildren.

We often quote the verse in Mishlei:

We would do well to follow Yaakov’s path. When raising our children and when teaching children we must ask ourselves about each and every one:

The answers will guide us along the path to reach each heart and touch each precious soul.

​Bracha Jaffe is her final year at Yeshivat Maharat and loving every part of becoming an Orthodox spiritual leader and rabbi. Teaching Torah and inspiring people to connect makes her heart sing. Other passions include working as a chaplain in a hospital setting and coaching people to a happier and more peaceful place in their lives.