At this time of year, we are beginning the Book of Exodus, the story of our liberation from Egypt.  Amidst all the imagery, drama and power, I am drawn to two conflicting images of Moses.

Early on in the story, God tells Moses that he is to speak for God to Pharaoh and ultimately free the Jews. Moses protests that he is not up to the task. He is speech impaired. God reassures Moses that he will be assisted and assigns Aaron to the role of speaking for Moses. The image is a positive one. Each person brings their own skills and their weaknesses to the experience of life. Together, we, Am Yisrael, succeeds.

The conflict arises when Moses, who is at first acutely aware of his own limitations, does not bring this same sensitivity forward when the Israelite nation moves through the Sinai. Amolok is about to attack the weak and the stragglers because those least able to defend themselves are left in the back, defenseless. Had Moses viewed this situation in the same way that he dealt with his own limitations, he would have placed the most vulnerable in the middle of the camp, surrounded and protected by the larger group. The weak, defenseless and vulnerable would not have been left on their own, subject to attack. 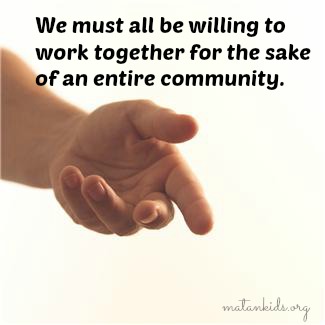 I believe the lesson is this: Everyone, even Moses, often focuses only on their own unique issues. It is not for lack of caring but rather lack of vision. One of the reasons I am so supportive of the work of Matan is that Matan has this larger, wider vision. Educators, parents and volunteers are aware of the specific needs of individuals at any given time. Matan sees this reality and combines the needs of the individual, the group and many different resources, creating a community of care and support. Matan does not leave anyone at the back of the line.

We must all be willing to work together for the sake of an entire community. This combination of vision and effort will be the key to liberation and joy for all individuals. 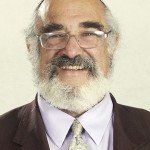 Rabbi Daniel T. Grossman led Adath Israel Congregation in Lawrenceville, New Jersey for 25 years. He’s a graduate of Temple University, Hebrew University, Mirkaz HaRav Kook in Jerusalem and the Reconstructionist Rabbincal College. Rabbi Grossman also works in the field of Jewish Special Education and co-wrote and participated in the video “Someone is Listening,” the story of a young deaf Jew and his search for fulfillment as a Jewish adult.