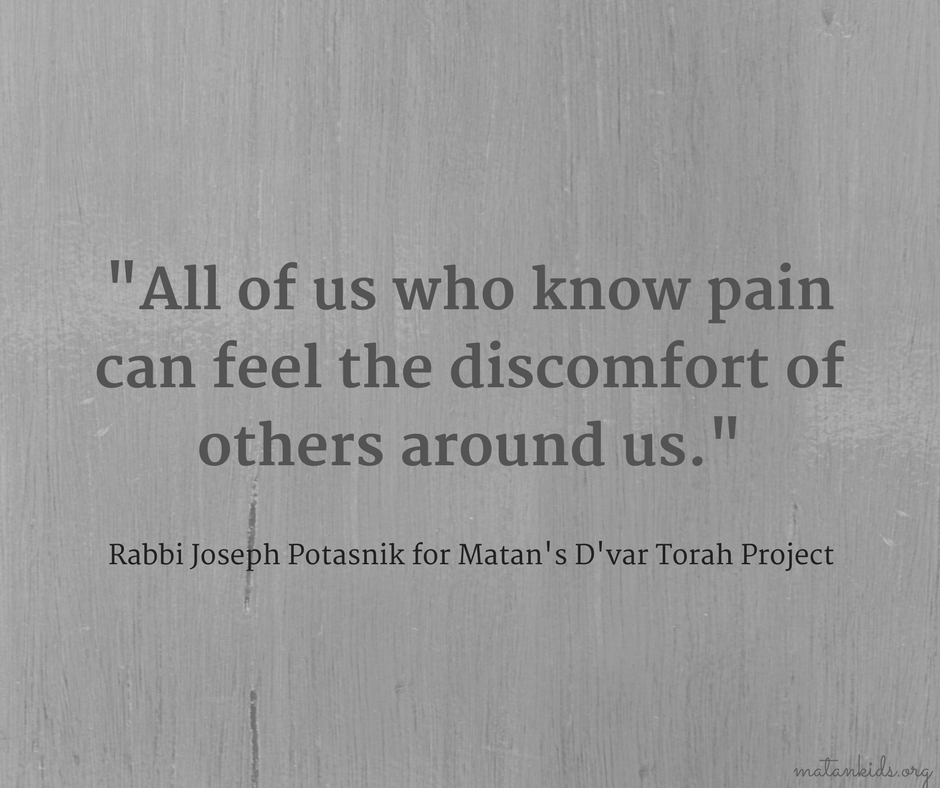 I recall some years ago traveling on a crowded New York city bus. Seated in front of me during the entire trip was a gentleman with his eyes closed. Coincidentally, we both exited the bus at the same stop, and I casually asked him why he kept his eyes closed. I thought he would say that he was sleeping. Shockingly he answered, “Sir, I hate to see women stand.”

I find that there are too many people who go through life with their eyes closed so that they won’t witness the pains of this world. Someone said, “those who close their eyes never see tears.” Thus, as I look at the parasha of Va’eira, I read about the condition of a “hard heart” of Pharaoh who did not care about the pain of a people. He certainly knew of the many who were hurting so deeply, but did not want to help at all.

Roth Harold Kushner, respected preacher and teacher, speaks of the fifty-first Psalm which states, “the choicest sacrifice before God is a broken spirit.” Kushner explains, “when a Jew in ancient times brought a sacrifice to the altar of the Temple, the offering had to be unblemished and intact. Any bruise, any scar, any wound rendered it unfit for God’s altar. But what about the person who brought the offering? The Psalmist suggests that it is not only permissible, but that the person who is bruised has the surest access to God.” I would say that all of us who know pain can feel the discomfort of others around us.

One of the most rewarding projects of the New York Board of Rabbis is our chaplaincy network in which rabbis of different denominations spend time visiting those in health-related facilities. We recently conducted a Chanukah program for some 500 developmentally disabled residents of community homes. One of the chaplains explained there is no greater mitzvah than to include people who, for too long, have been excluded. Therefore, the word for life in Hebrew “chayim” is written in the plural. You cannot write life in the singular in Hebrew to remind us that we most connect with other lives, especially those who need our strength and support.

Years ago, famous boxer Mohamed Ali met renowned pianist Vladimir Horowitz. The gifted performer said to Ali, “Interestingly, we both make a living with our hands.” Ali looked at him very closely and said, “You must be very good. There is not a mark on you.”

Interestingly, Moses the liberator suffered with a speech impediment, and yet was selected to plea the case for freedom from Pharaoh. Perhaps, this was the Torah teaching all of us that we are all flawed in some fashion.

Some have scars that are visible on the outside, while others carry them courageously on the inside. Thank you, Matan, for teaching us the importance of having open eyes and an open heart to include those who should never be excluded.

Rabbi Joseph Potasnik is the Executive Vice President of The New York Board of Rabbis, the largest interdenominational rabbinic body in the world. Since 1972, he has been the spiritual and educational leader of Congregation Mount Sinai in Brooklyn Heights, New York and is presently Rabbi Emeritus. He has served as Chaplain of the New York City Fire Department since 1999. Rabbi Potasnik was ordained from Rabbi Isaac Elchanan Theological Seminary of Yeshiva University. He is the proud father of 28-year- old Harrison Potasnik.