The Power of Networking and the Kindness of Strangers 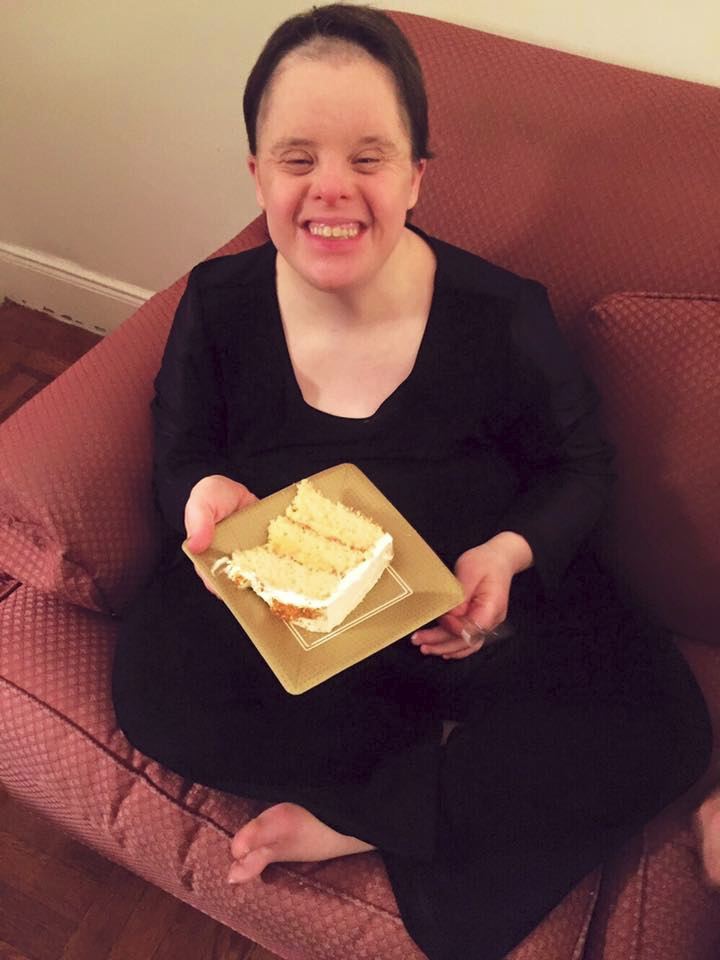 My older sister Laura—and favorite person on this earth—has Down syndrome. She is blessed, and has truly blessed my family, with the most wonderful life. Laura met her boyfriend Darryl (who also has Down syndrome) in the mid-90s at the 92nd St “Y” after-school program for young people with disabilities. “Big D” became a part of our family instantly, and we’ve spent just about every weekend and countless holidays together over the last 18 years.

Darryl’s family moved to North Carolina at the end of last summer, which has been pretty devastating for my family. While we’re thankful to have already seen him a few times since, we deeply miss the routine of shooting hoops in Riverside, eating lunch at the Metro Diner and seeing movies at the AMC on 84th St with him every weekend. We were particularly worried about how we would handle Laura’s birthday, which falls on New Years Eve, and is always celebrated with a huge party at my parents’ house, a 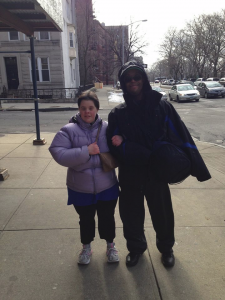 tradition that started when Laura was 2. Darryl has been to more than 15 of these parties, dressed to the nines in his shades and pressed suit, and I just couldn’t imagine him not being there to blow out birthday candles with Laura (and light up the dance floor, which he is known to do).

So in early December, my parents and I embarked on an effort to fly Darryl out to stay with us for a few days over Laura’s birthday. We knew that he’d be able to handle the flight on his own just fine, but would need assistance navigating the airports on both ends. We enlisted the help of our long time travel agent and family friend to see what services were available. After some thorough insider research, her initial reply was not at all what we anticipated:

“Airlines only provide (for a fee) a service for unaccompanied minors and not adults with special needs, unless there is a mobility issue. Your best bet is to request an escort from a check-in agent upon arrival at the airport. If denied, ask for a station manager on duty for a waiver to allow a companion to escort him through security and the long corridors to the gate.”

This prompted so many more questions. What happens when he lands? Who holds the power to decide if our waiver request is granted? What real time options would we have if the request were denied? I reached out to friends, colleagues and professionals in Laura’s life to see what we were missing. Because I was SURE that we were missing something.

But it seems that we were naïve and presumptuous, because after days of careful research, we came to the stark realization that while there are some “accommodations” available, none of them guarantee the availability of an airport, airline, TSA or other professional to escort an adult with a cognitive disability from ticketing to the plane, and from the plane to baggage where we would pick him up. Not even for folks willing/able to pay for the service (which is a whole separate issue of access that I’ll save for another time).

I became indignant. How could it possibly be that there are no legal protections that allowed us to compel an airport or airline to provide an escort for Darryl? In fact, we discovered that even worse, by law, “an airline is not required to provide you with an attendant, even if they determine one is necessary for you to fly.”

There were only two additional, but equally disheartening, suggestions that I came across:

1) we could solicit a wheelchair escort upon arrival, which airports must legally provide upon request—but might force Darryl to have to actually use the wheelchair while being escorted, an accommodation he does not need, or

2) we could attempt to capitalize on the bad press recently garnered by certain airlines (United in particular) around their treatment of persons with disabilities by asking them to bend existing policy, in exchange for an offer of good press.

Neither of these felt like real possibilities to us.

Seeing no viable options, my parents and I came to the difficult decision to cancel the trip. We just didn’t feel comfortable proceeding without an unquestioned guarantee of an airport escort. We wanted to take time to collect all possible information on the rights, services, and accommodations available for adults with disabilities, and Laura’s 36th birthday was less than two weeks away.

I went home from work that day feeling exceptionally defeated. I couldn’t wrap my head around it all. So I vowed to make peace with what we had learned from the experience; I could see a big battle ahead, given what we now knew, but decided that it was time to focus on family, and Laura’s birthday in particular.

But the next day, an extraordinary thing happened. I got an email from Meredith Polsky, Founder and National Director of Institutes and Training at Matan:

A close friend of ours owns an airport concierge service and he would love to make this happen for your sister. He would provide someone to meet Laura’s boyfriend curbside at the airport in Charlotte and accompany him until he is in his seat on the airplane. In New York, someone would meet him at the gate, and stay with him until meeting up with whomever is picking him up. All he needs is the flight information (airline, flight confirmation, etc).

He is happy to provide this as a birthday gift to Laura :)”

Was this real? I could hardly believe it might be. I called my parents right away, and then didn’t stop crying for hours. Darryl was suddenly coming to New York for Laura’s birthday thanks to the incredible generosity of an incredible colleague and an incredible stranger.

We told Laura and Darryl just a few days before his trip, watching the Winter weather nervously and holding our breaths for no complications. Darryl arrived safely, joyously, on December 30th, 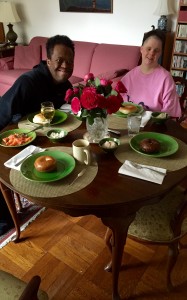 and we spent four glorious days celebrating Laura’s birthday and the almost unbelievable experience that had been gifted to us.

Meredith told me later that she had “just” called a friend seeking some advice, hoping to nail down the information that she, too, was sure we were all just missing. Without skipping a beat, this friend generously offered his services to us at no cost. And kind of casually made our wildest dreams come true. To us, Meredith did not do “just” anything. She was compelled to pick up the phone and figure out a way to help us. She shared our story – our frustration, our hopes, our disappointment – and gave it life beyond our reach. And the awesome dynamism of those acts, and of the power of networking, is not to be underesti 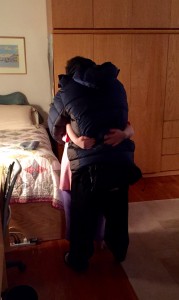 Finding a way to provide an adult with a cognitive disability—one who maintains significant independence in his everyday life—with a guaranteed airport escort, should NEVER have been that difficult, or something that only incredible strangers had the ability to make happen. But for those four days, I just had to be thankful to my “village”—all the people closely or distantly connected to Laura who wanted to make things happen for her, for Darryl, for our families. You can be sure I raised a glass (or three) all of you this New Years Eve. 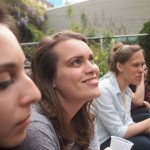 Meg Sullivan is the Program Director for the Jewish Journey Project, an initiative of JCC Manhattan (www.jewishjourneyproject.org), as well as the Founder and Director of Project Harmony Israel, an initiative of Hand in Hand: Center for Jewish-Arab Education in Israel (www.projectharmonyisrael.com). Meg is a currently a participant in Cohort 5 of the Matan Institute.