The Other Side of the Bookstore 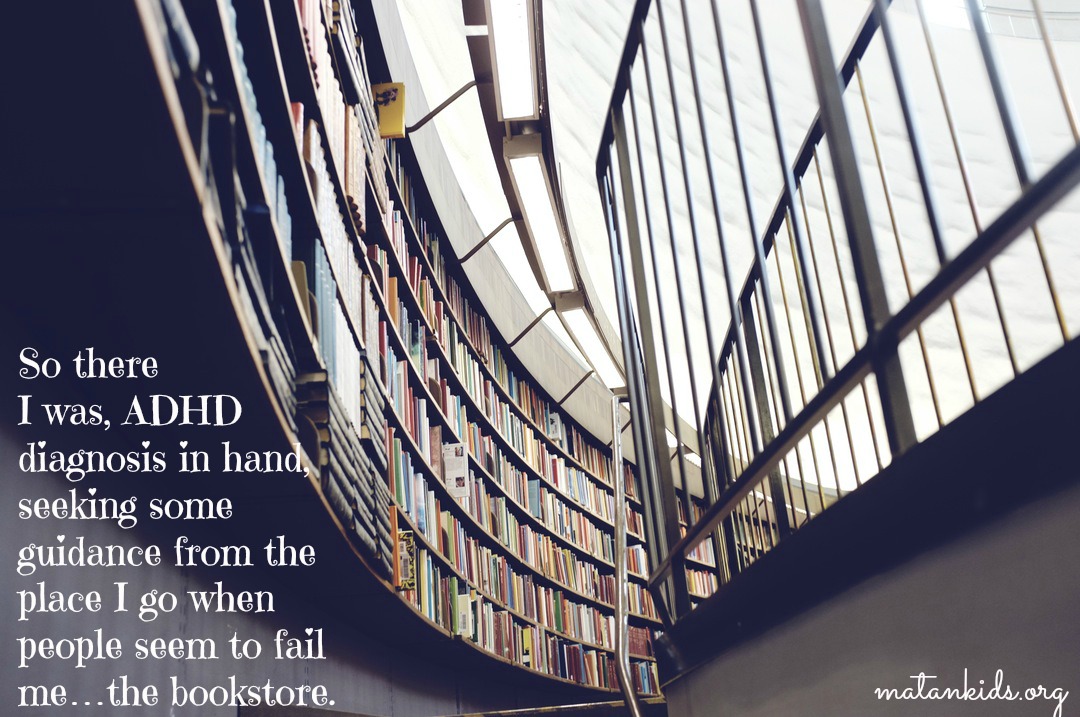 “Excuse me, where’s the parenting section?”

“What exactly are you looking for?”

“Nothing specific,” I lied. “Just browsing.”

The truth was that I had just come from the doctor, where I had been told that my three-year-old had ADHD. My head was spinning. It seemed a little young for a diagnosis. Really, aren’t most three-year-old boys overactive?

To be fair, I had been complaining to anyone who would listen that he was fond of climbing scaffolding (climbing anything really), running into the street (running anywhere really), and that I was generally afraid for his life.

I had recently bought him a harness, more out of practicality than out of any sense that there was something awry. When I entered the first children’s store, I explained,

“I’m looking for something to hold onto my kid so he won’t run away. You know…like a leash but for children?”

The shopkeeper gave me a condescending look, implying that my parenting license should be revoked.

“Not a leash. Leashes are for dogs. You mean a harness.”

“Yes, of course, a harness.” (But aren’t harnesses for horses? I thought. How is that any better than a leash?) “Maybe you have one that looks like a backpack?” I asked, thinking that would be less “conspicuous.” They didn’t. So I bought the “child harness”, hoping it would prevent my near-daily heart palpitations when my child ran into the street.

After several failed attempts, I finally strapped the harness correctly onto my child. And though we looked slightly odd, I felt much safer walking with him on the streets of New York City. That is, until the first pedestrian (without children, of course) looked at me and snarled, “He’s a child, not a dog!”

I was too stunned to reply. But by the third “catcall” (which was—ironically– a loud bark) I had had enough. I started to answer back, “That’s right—he’s a child…a safe one!” A better comeback escaped me.

I didn’t have the energy to wrestle my child into the harness, steer him through the streets of the busiest city in the world, AND fight with strangers along the way. It was just too exhausting. If it was supposed to take a village to raise a child, then where were my collaborators? And why were the villagers suddenly turning on me?

Humbled, I exchanged the harness for a teddy-bear-shaped backpack—with a subtle harness built in. The catcalls subsided. But I still couldn’t go outside without fearing for my son’s safety, unless he was wearing it.

So there I was, ADHD diagnosis in hand, seeking some guidance from the place I go when people seem to fail me…the bookstore.

Something about the research process itself is calming. Somewhere out there are others who have thought about the very issue you are pondering! They have thought so long and hard that they published a book on the subject! Surely there was a book or two in the parenting section that would speak to me.

I surrounded myself with books that looked promising on the outside, but on closer inspection were all seemingly contradictory. One book’s message was: Be short and direct with your child! You’re the boss. You’re in charge! The next book said: It’s all about learning to listen to your child’s cues and respond to them. Follow their lead and all will be well!

How I longed for the ti 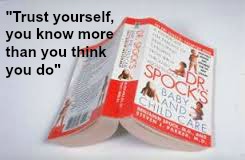 me – my mother’s time – when there was only one parenting book on the shelf: Dr. Spock. And his message was clear: listen to yourself, you are the parent and you know best. Your instincts count.

Now the message was essentially the opposite: You, the parent, cannot possibly know what is best! You are new at this! Listen to me—the expert, the doctor, the diagnostician, the parenting guru—and I will guide you correctly!

The problem in this approach was that each expert contradicted the next. So I sat in the parenting section, surrounded by books, none offering me any real direction. I began to look for books specifically about ADHD, thinking maybe the problem was that I was focusing my search too broadly. But I couldn’t find a single book about ADHD. Just a sentence here or there.

This struck me as odd, so I sought out a bookstore employee. “Excuse me, I’ve been looking in the parenting section and I can’t seem to find a single book about ADHD.”

She smiled kindly, or was that a touch of pity I saw in her eyes? “That’s because you’re in the wrong section. You need to go to the other side of the bookstore.” She pointed clear across the large store. “You want the special needs parenting section.” She paused at “special needs” for emphasis.

It must have taken me ten minutes to pack up the books I had been browsing in the parenting section. It was like packing for a long journey. I slowly made my way to the other side of the store. I sat myself down if front of the special needs parenting section and, through the blur of held-back tears, perused the subjects and titles:

My head began to spin. I got up to leave. I was not ready for this.

Then I spotted a picture book at the very end of the section…“All Dogs Have ADHD.” 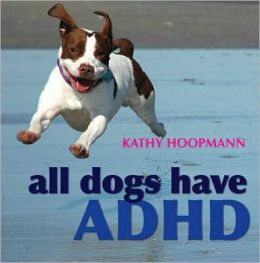 I turned the pages one by one, each page with a picture of an overactive puppy—each who had gotten himself into a pickle, with lines like, “Sometimes it’s hard to find the brakes…”

The tears I was holding back finally began to roll down my checks. This was a book about my son. It was not about the SOLUTION to my son, or the experts commenting on my son, or an explanation of the science behind my son. It was simply about my son. An active boy, overjoyed to explore everything in the world, often getting himself into a pickle, sometimes getting himself out of one, often reaching to me to untangle him from the mess he got himself into.

At the time I felt that walk across the bookstore was the longest I had ever taken. Now, five years later, I know that walk was really just the first step of the journey. But it has not been a mournful one as it first seemed. True, it has been filled with twists and turns, and certainly unexpected side trips. But I have found companions I treasure and I have never lost sight of the purpose of the journey: finding hope and humor, discovering the layers of joy and complexity within my child, rather than searching for the book, the doctor, the guru who can cure him.

On Friday nights we bless each of our children with the traditional blessings, one for a son and one for a daughter. But we don’t just bless them in the name of their biblical ancestors. We add an additional line: And may Gd bless you like (their Hebrew names). We pray that they may come to be who they truly are. 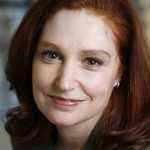 Dr. Laurie Katz Braun is a rabbi, educator, and writer living in New York City. She currently serves as a pastoral counselor for special needs families and is a writer with the BMI musical theater workshop.