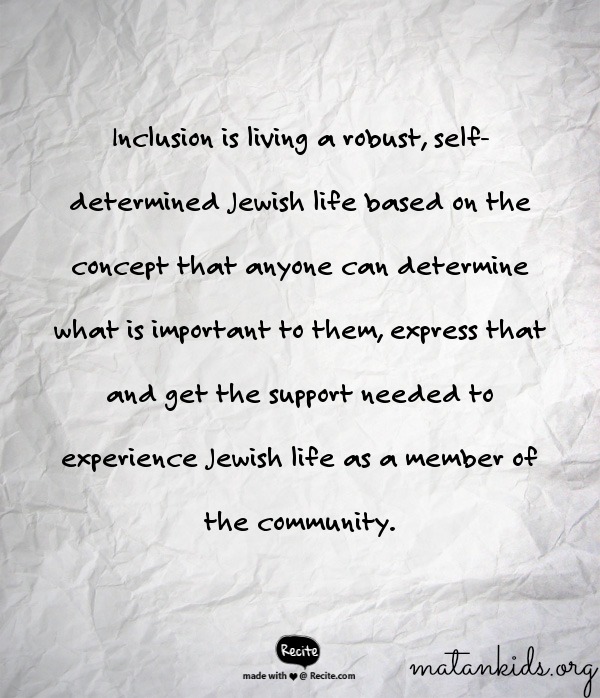 The Jewish community recognizes Jewish Disability Awareness Month (JDAM) for the seventh consecutive February. JDAM has inspired so many Jewish communities and organizations to participate in raising awareness about people who live with disabilities and the importance of inclusion in Jewish life.

Did you know that JDAM came out of Jewish education?

In 2008 the Jewish Special Education International Consortium met at our annual Colloquium. Founded nearly 30 years earlier, the Consortium convened professionals from North American Federation-designated special education and inclusion initiatives. The landscape of Jewish inclusion in 2008 was dotted with a few community conferences about including people with disabilities of all ages in Jewish life. Several communities, Phoenix and Minneapolis specifically, had successfully worked with synagogues and Jewish organizations to incorporate inclusive practices to welcome people with disabilities.

This visionary group of professionals knew that inclusion was not on the radar in a lot of the organizations they supported with special education services. Great work was being done to educate children with disabilities, but it was time to move the communal culture to one where Jews of all ages, with any disability, could participate in the mainstream of Jewish life. Thus, the impetus for JDAM.

Consortium members agreed to promote inclusion during the month of February, hoping that we could share resources to raise awareness. During the first JDAM, several communities held conferences about inclusion; others, like mine in Minneapolis, worked with congregations and agencies to speak about inclusion in sermons, provide staff training on making accommodations, and one synagogue even made a short film about why inclusion is so important. At the 2009 Colloquium, participating communities shared their JDAM experiences and more members signed on to participate. We introduced the now-iconic JDAM logo to increase recognition and demonstrate unity of purpose. The logo, designed by Janice Goldstein of Jewish Family and Children’s Service of Minneapolis, is used widely and is available for download without cost.

In six short years JDAM has expanded beyond anyone’s expectations. 2012 brought the addition of JDAM Reads to reach a new audience in mainstream Jewish life. Book clubs embraced this new initiative that provided insights into living with disabilities. In 2014 we began our partnership with PJ Library to create curriculum for books appealing to early childhood and early elementary audiences.

Now we have the opportunity to create dialogue and subsequent action to support people with disabilities to participate in Jewish life as they determine.

Self-determination is our birthright. Think of the variety of ways you participate in the Jewish community. You choose how you wish to be involved. So it must be for people with disabilities. The key is supporting each person to determine what is important TO them instead of us determining what we think is important FOR them.

JDAM will continue to be recognized in February. Think of it as a vehicle to get us to the ultimate destination: a Jewish community where everyone can determine how they wish to participate, engage and contribute. Jewish organizations have to think about inclusion differently. Inclusion is not offering special events, services or programs for people with disabilities. Inclusion is living a robust, self-determined Jewish life based on the concept that anyone can determine what is important to them, express that and get the support needed to experience Jewish life as a member of the community. 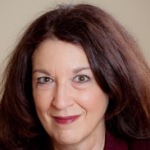 Shelly Christensen, MA, is co-founder of Jewish Disability Awareness Month, author of Jewish Community Guide to Inclusion of People with Disabilities, founder and Executive Director of Inclusion Innovations, co-founder of the Jewish Leadership Institute on Disabilities and Inclusion and a frequent speaker on issues of inclusion and disability. She is the President of the American Association on Intellectual and Developmental Disabilities Religion and Spirituality Division. Shelly directed the Minneapolis Jewish Community Inclusion Program for People with Disabilities, an award winning initiative that supported inclusion in all Jewish organizations. Shelly and her husband Rick are parents of three adult children. One of their children lives with Asperger syndrome. They reside in Minneapolis with their two Shelties, Yafi and Penina.