The First Step: How “Josh” Inspired the Creation of an Entire Organization 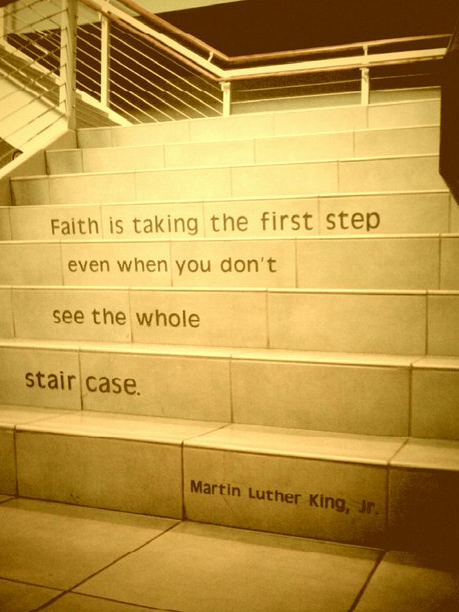 Seventeen years ago, I was working as a unit head at an overnight Jewish summer camp. As I got onto the bus to introduce myself and greet my new campers, I heard a little voice with a big personality call out, “Like I care!” I looked up and saw “Josh” for the first time and suspected that he would be my most challenging camper. In that instant, though, I knew instinctively that he would also be my favorite.

I was right on both counts. Josh had severe Attention Deficit Hyperactivity Disorder and learning issues that impacted his relationships with other children in his bunk. Josh had a hard time discerning social cues and his hyperactive behavior interfered with the group dynamics of these 8-year old boys. All this, coupled with the fact that his teenage counselors quickly lost patience with him, meant that Josh and I spent a lot of time together and quickly developed a close bond. “Quickly” proved to be critical – because after 6 days of camp, Josh was sent home. The camp felt that they simply couldn’t accommodate his special needs; he was interfering too much with the overall functioning of the bunk and he required too much individual support from a unit head whose job was to oversee all of the campers and counselors.

That October, I called a friend of mine who was a teacher at the Jewish day school Josh attended and I eagerly asked how Josh was doing. “I don’t know,” he responded, “Josh was kicked out of school.”

I had just graduated from college and was unsure what my next steps would be — until that phone call. In an instant, I knew for certain that I needed to devote myself to enabling the Jewish community to be inclusive of children like Josh. Josh’s parents tried to give him the best of what Jewish camping and Jewish education had to offer – and they were rejected at every turn. I saw clearly that this had to change.

Four years later, I helped create Matan: For every child. For every community. The gift of Jewish learning, now a successful non-profit organization entering its 13th year. During the course of our work, Jewish education professionals often cite financial barriers and competing priorities. They discuss how daunting it is to consider including children with disabilities, and how it feels like an enormous undertaking. We encounter many well-intentioned professionals who don’t know where to start, so they don’t start anywhere.

We urge you to start. Don’t think about being everything to everyone right now. Think about one child whose life – and whose family’s life – you can change because you decided to take one step. Seventeen years ago, Matan was not even a thought. Now, the organization has trained thousands of Jewish educators, worked with hundreds of families and has had a significant impact on Jewish special education in North America. As a 21-year-old, I wasn’t thinking about the vastness of what lay ahead, or the challenges of developing a non-profit organization. I was thinking about one child. Because of Josh. I couldn’t think about the whole staircase, I only knew I had to take that first step.

Meredith Englander Polsky co-founded Matan in the year 2000 and currently serves as the Director of Training and Advocacy. She holds graduate degrees in Special Education and Clinical Social work and, in 2001, was one of eight national recipients of the first fellowships awarded by Joshua Venture: A Fellowship for Jewish Social Entrepreneurs. She currently resides in Gaithersburg, Maryland with her husband and three children.