The Chance to Shine 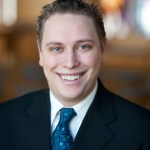 In recognition of Jewish Disabilities Awareness Month, Rabbi Abraham is the first contributor to our weekly D’var Torah (word of Torah) blog post, where guest bloggers link the week’s Torah portion to the theme of inclusion.

We live in a very judgmental society.  Everywhere we go someone is deciding who we are as a person before we even open our mouths.

Each of us has unique talents and abilities. At times we have difficulty recognizing another person’s talents; at other times we may be jealous of a person’s special capabilities. We must develop the confidence in our own roles to the point that we can let those around us shine.

As we celebrate Jewish Disabilities Awareness Month, it is imperative that we recognize just how talented and incredible every individual person is since everyone has qualities which make each of us unique.  We are each created Betzelem Elohim, in the image of God.

This week’s Torah portion, Parashat Tetzaveh, teaches us about the appointment of Aaron as High Priest and of his descendants as priests forever. This is a permanent and dramatic role that is being granted to Aaron and his family forever. Moses, who spent his life fighting for the freedom of the Jewish nation, does not receive this honor. The descendants of Moses receive no particular place in the future of the Jewish nation. Yet Moses readily and happily steps aside to allow Aaron to come forth and shine in his priestly glory.

In Parashat Shemot (4:10) we are explicitly told Moses was “…slow of speech and slow of tongue.”  There is little question that God wanted the Jewish people to follow Moses because of the truth of his message and not as the result of his oratory.  Without being told this, the common conception would be that he was a spellbinding orator with sublime motivational skills.

Moses and Aaron each have strengths and weaknesses.  It is no secret that Moses has a lisp, and yet this does not stop him from being the one to lead our people out of Egypt and remain our greatest teacher.  Aaron has his own shortcomings as well, including jealousy and a temper.  None of their disabilities, as demonstrated in the parsha, preclude them from the high ends of leadership.

There is a midrash (folktale) entailing Moses’ disability that has always enthralled me, and I would like to share it.  Pharaoh’s daughter loved Moses as if he were her own.  He was so cuddly people could not keep their hands off him, and Pharaoh was no exception.  It seemed Moses liked to put on Pharaoh’s crown, and his advisors were concerned that he might someday truly “take” the crown and suggested he be killed.

A test was devised (by Yitro, his future father-in-law) to demonstrate that Moses did not understand.  The test involved a gold piece and a red hot coal being placed before the baby.  If he reached for the gold, he would “understand” and be killed, but if he reached for the coal, he did not and would be spared. Moses reached for the gold.  However, the angel Gabriel intervened and pushed the gold aside and Moses grabbed the hot coal and put it into his mouth—and the rest is history.

Obviously this is just a midrash, but the message is clear that we all have strengths and weaknesses.  We all have disabilities in our lives; some are more overt than others, but we all must overcome something within ourselves in order to thrive in society.  Our disabilities manifest themselves in different ways.  It is essential that we respect one another to allow for every person, regardless of disability, to shine.