On Temple Days We Wear Gold, Blue, Purple, and Crimson: A Fashionable Look at Parashat Tetzaveh 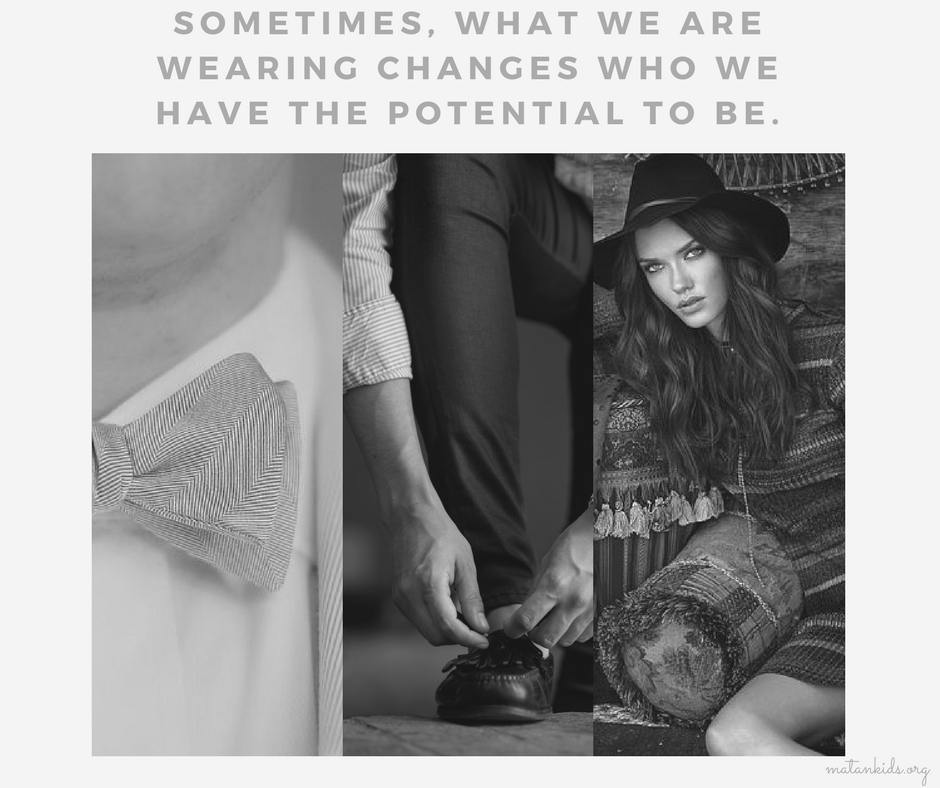 In Parashat Tetzaveh (Exodus 27:20 – 30:10), we read about the Priestly Vestments, the special clothing that Aaron and his sons wore, “For dignity and adornment.” (28:2)  This special clothing was made up of, “a breastpiece, an ephod, a robe, a fringed tunic, a headdress, and a sash.” (28:4)  That’s a lot of clothing. Especially as we read this in the days leading up to Purim, a holiday focused on dressing up in a completely different way, we can’t help but wonder why this emphasis on what the Priests wore.

I’d venture a guess that it’s not actually that far removed from the costumes of Purim. Dressing up can put us in a different frame of mind. While Polonius may have been the fool of Hamlet, he was also right about the clothes making the man.

In the episode of Buffy the Vampire Slayer “Fear Itself,” the Scooby gang is meeting up up for Halloween, and remembering that the year before, they were all turned into their costumes because of a spell. 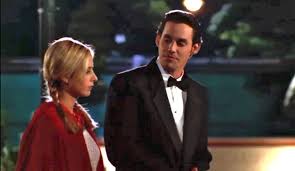 Xander:  “Bond. James Bond. Insurance, you know, in case we get turned into our costumes again. I’m going for cool, secret agent guy.”

Buffy: “I hate to break it to you, but you’ll probably end up cool head waiter guy.”

Xander: “As long as I’m cool and wield some kind of power.”

In that short snippet, the characters depict a profound truth—that sometimes, what we are wearing changes who we have the potential to be. This is the essence of the problem with many dress codes, which seek to have an impact not on those wearing the clothing, but on those seeing those wearing clothing. Other than the inherent sexism of these codes, this very notion misses the point that it is what we ourselves wear that makes a difference. It affects how we carry ourselves, what we think of ourselves, and even our potential.

And that’s part of the magic of Purim. It gives everyone the chance to try on something completely different. It allows everyone to try to be whatever they want to be, if only for a day. Or to even try something on that is completely counter to their true nature. It allows us to take who we usually are, and to be something else for a little while. And that can be powerful.

It’s a holiday that’s fully of silliness, sure. Yet it also gives us not only permission, but a mandate to break out of the selves that the world has painted for us. And that’s powerful.

But back to the Priests. Maybe their vestments were there as a way to remind them of the power of their work, and of its importance. Of a way to give them a structure through which to break through whatever mood they woke with, and to engage in holy work. To change themselves and their frame of mind, by putting on the outfit of their work.

One of the last pieces of the Vestments that is mentioned is part of the headpiece, that was meant to be placed before the Priest’s eyes, a gold frontlet, inscribed with the words, “Holy to the Eternal.” (28:36)  I like to think that these words faced the Priests themselves, as a reminder to them of their inherent sanctity.

Rabbi Elisa Koppel is the Director of Lifelong Learning at Congregation Beth Emeth in Wilmington, DE. She is passionate about education, formal and informal, for individuals of all ages and from diverse backgrounds. She enjoys crosswords, social networking, reading or watching or listening to anything well written, and a host of generally geeky things. She works hard to integrate the personal and professional in all aspects of life and sometimes blogs about that and other matters at Off the REKord.