Seeking the Nazirite Within – Parashat Naso 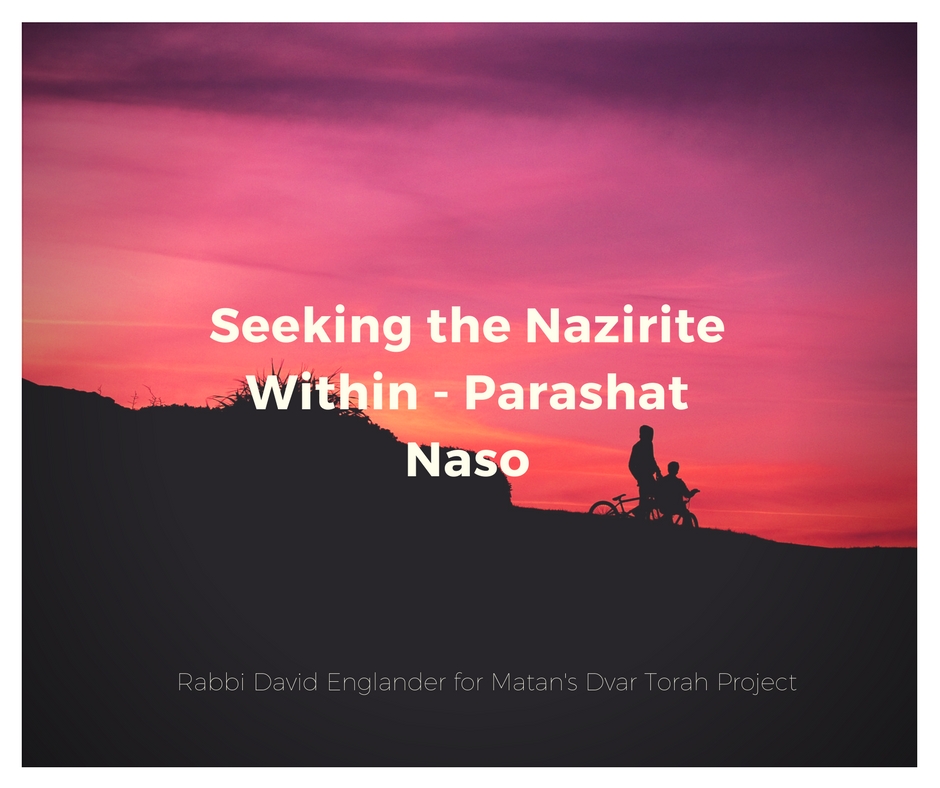 The Nazirite, described in Parashat Naso, was an individual who made a vow of separation. From what was he separated? Well, people who weren’t Nazirites for starters. He was also separated from drinking wine. And haircuts. But a Nazirite wasn’t separated physically – as far as we know, he lived among the Israelites.

Just about every year when this Torah portion rolls around, I have wondered how the Nazirites were viewed by those with whom they came into contact. I have two visions of this encounter in my mind’s eye. One is that people stayed away. The Nazirites may have been seen as different and strange, unkempt and ascetic. The assumptions made about them could have included the idea – right or wrong – that they were sanctimonious and holier-than-thou, too certain of their opinions, grounded as they were in the convictions that had led them to take the vow of abstinence.

Another possibility presents the opposite image. The Nazirite was a modest, thoughtful, reflective, and helpful personality. He listened. He was secure enough in his own faith to listen to the doubts you had about yours. He looked like New York Mets pitcher Noah Syndergaard, only older (ok, not quite). Most of all, he viewed difference as a source of beauty, he found meaning in every conversation, and if someone chose to put him down or hurl an insult, he let it be that person’s problem, and strove to model equanimity.

If I had to guess, I think it is the first description that is closer to the truth of how the Nazirite may have been viewed by his contemporaries. Why? Unfortunately, there are patterns in human history that repeat themselves generation after generation that are broken only with great and conscious effort. Fearing and assuming the worst in those who are different from us is one of those unfortunate constants, and we have not surged past it yet.

The lack of a solution should not be allowed to wholly overshadow the advancements that have been made in many schools, communities and countries. Differences that in prior generations were viewed scornfully are now met with love and understanding, and are recognized as the source of individuality and sacred uniqueness. I would like to think that the Nazirite of old would approve of, and even see something of himself in this progress, while simultaneously urging much more to be accomplished. In that way, perhaps there is a bit of the Nazirite in each of us, calling us to live up to our own potential while encouraging and helping others to do the same.

Rabbi David Englander has served B’nai Torah Congregation in Boca Raton, Florida for almost 18 years. He received a B.A. from the University of Michigan (Go Blue!) and was ordained at JTS in 1999 with an M.A. in Jewish Education from the Davidson School. He is married to Stephanie, a very special educator, and they are the parents of three kids ages 15, 13, and 10. David is also one of two very proud older brothers of Meredith (Englander) Polsky, a founder of Matan.