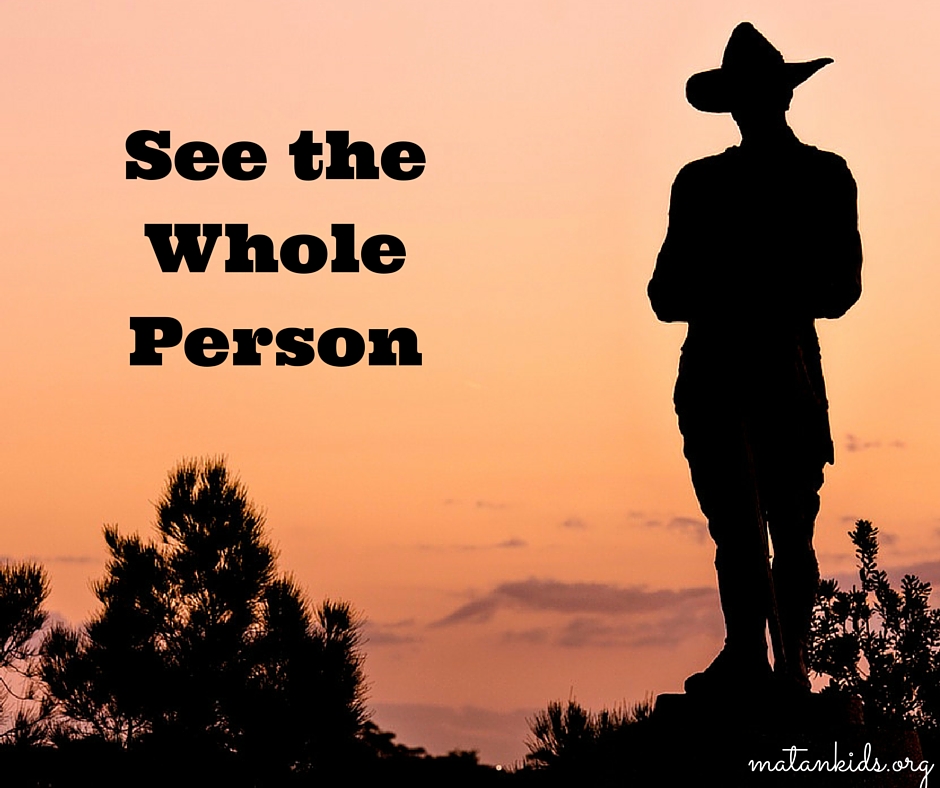 In this week’s Torah portion, Miketz, Joseph, who has risen to the role of Viceroy of Egypt, meets his brothers after many years of separation. The brothers last saw Joseph when they left him in a pit to be sold into slavery. Now, dressed in the clothing of the Egyptian ruling class, none of the brothers recognize Joseph. The brothers, like so many people, do not recognize the whole person, Joseph, but rather they encounter him and judge him only by appearances.

Many of us, who spend considerable time in the world of special needs, frequently encounter people who never attempt to see the whole person. They often define a person by their differences rather than their entire self. Like Joseph’s brothers, they do not look at the entire person but focus only on what is different about the person.

Like Joseph’s brothers, their perceptions strongly determine how the interaction proceeds. My personal issues of diminished hearing and vision are not very noticeable at first. But these issues are never accommodated by yelling at me or invading my face with exaggerated facial movements. When these “helpful folks” act first and then ask me “what works?” later, they ar 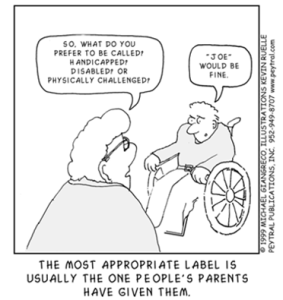 e judging by appearances and not encountering me as a person. Joseph’s brothers, like so many others, do not consider issues like respect or someone’s personhood or dignity, which would be easily accommodated by simply asking, “what works best so that we can communicate with each other?”

In any encounter, especially if there are unique characteristics or communications issues, respect and dignity move the communications forward. Only when we experience the entire person and not just focus on their images of difference, do we communicate.

I hope we learn from Miketz how much damage we can do to an encounter with any individual when we focus solely on appearances and differences and not the entire person. I hope we learn to see the whole person, and then to ask them what communicates best. In this way, we will all grow, move forward and share dignity and respect in each of our encounters. 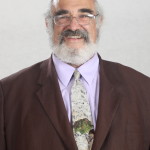 Rabbi Daniel T. Grossman graduated Temple University, Reconstructionist Rabbinical College. He served as pulpit Rabbi for 37 years and is presently Rabbi of Temple Beth Shalom, Mechanichburg, Pennsylvania. As a student Rabbi, he served as Hillel Director at the National Technical Institute for the Deaf in Rochester, New York and has been guest lecturer at Yeshiva Cholvei Torah, and performer in “Siman Tov” an experience in sign language,  prayer, poetry and storytelling. His publications include “The Deaf Jew in the Modern World,”  “Signs in Judaism: A Resource for the Jewish Deaf Community,” and the film “Someone is Listening,” and is also featured in the film “Creating Room in God’s House.” Rabbi Grossman has hosted the New Jersey Conference of Persons with Disabilities, and co-chaired the Enabling Faith Conference / Jewish-Christian-Muslim Responses to Honoring Our Disabilities. Rabbi served as panelist for various Matan conferences in New York and Maryland.