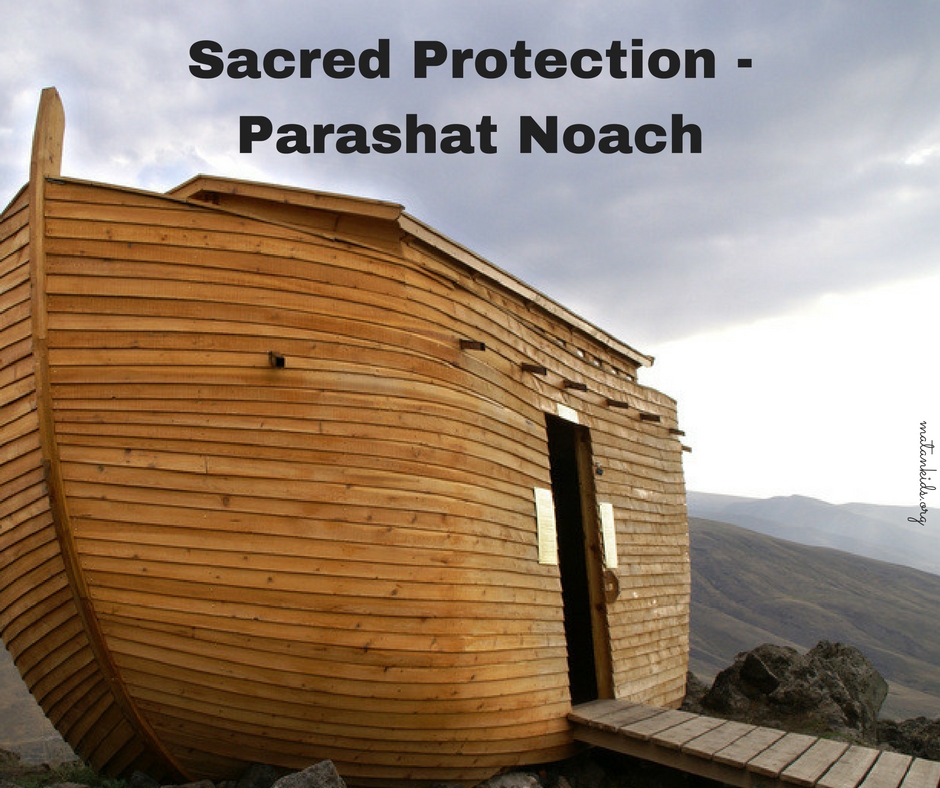 This week’s Torah reading, Parshat Noah, contains the famous account of the great flood. Just one week after we read about the creation of the world, God decided that the sins of humankind had reached a point beyond return and that God needed to wipe out the entire world, save for Noah, his family and representatives of the animals of the world. Throughout the Torah portion, we learn a tremendous amount about Noah and the special relationship he shared with God. Although many scholars have debated whether Noah was truly a righteous person or rather simply righteous in comparison to the evildoers of his generation, it is clear that Noah had established a unique relationship with God. God decided that Noah and his family would be saved inside of the ark during the great flood.

Just prior to the flood beginning, there is a verse in our Torah reading that I find very interesting (7:16). The verse states: “…God closed him in the ark.” After requiring Noah to physically build the entire ark why did closing the ark require an act of God? Isn’t closing the door something that Noah could have handled on his own? Rashi, one of our greatest commentators, explains that the plain meaning of the verse is that God shut the door of the ark so that the water of the flood would not enter and harm Noah’s family. Rashi further teaches that God closed them in so that the evildoers of the generation, who had gathered to mock him, would not hurt or kill Noah and his family. Regardless of which explanation you prefer, it is clear that God, by closing them into the ark, was simply trying to protect Noah and his family from harm.

What a beautiful idea! Are there not times that all of us would like a little extra protection? From time to time we all need assistance and protection from natural disasters, protection from the evildoings of others, and even protection from ourselves. It is nice to know that God is present to provide us with that tender protection.

Yet I can’t help but wonder, though, if Noah even wanted the assistance. At the very least, should God have not asked before assuming Noah’s need? All too often such assumptions lead to the wrong conclusions in our world. Of course, sometimes God is able to support and protect each of us. God’s assistance can take on many forms. Sometimes we recognize the support when it happens, and sometimes the protection passes us by and only in retrospect do we realize what God had provided. Protection can come from God in many forms (parents, siblings, friends, teachers, caregivers, to name just a few).

May we all find the assistance we need this year.

Rabbi Ami Hersh is the associate director of the Ramah Day Camp in Nyack. He also serves as a member of the rabbinic team at the Orangetown Jewish Center. He was ordained as a rabbi at The Jewish Theological Seminary in 2012 with an M.A. in Jewish non-profit management and a second M.A. in experiential education. Ami previously taught at the Solomon Schechter School of Greater Hartford. He was one of the winners of the 2012 Jewish Futures Competition and is an alumnus of the Wexner Graduate Fellowship.