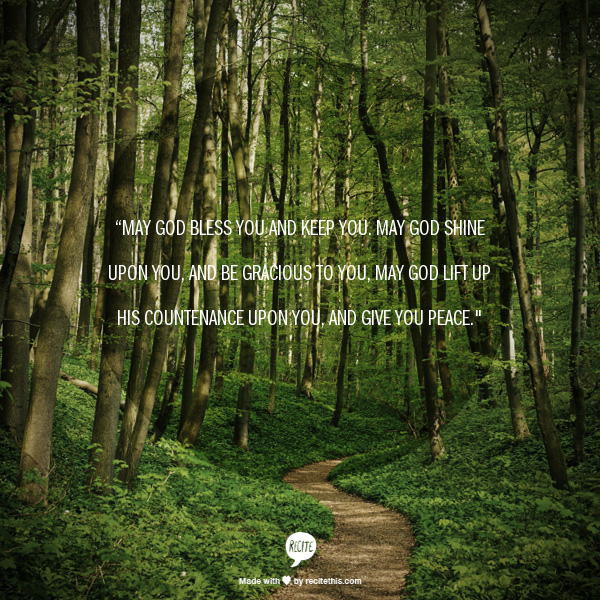 He stood at the bimah, beaming a mega-watt smile at the fifty gathered friends and relatives who had come to celebrate this bar mitzvah day with him. He had just finished reciting his parshah, in transliterated Hebrew, a passage from the book of Numbers that contains the Priestly Blessing heard weekly in synagogues around the world. He was ready to read his d’var Torah.

“Shabbat Shalom!” he began, reading carefully from the large index card I had typed for him the night before.

“The part of the Torah I just read is the Priestly Blessing.  It is our oldest and most important blessing, and it wishes for all people to have peace.

“This is very exciting for me and I am so proud to lead everyone here in prayer and song and to read from the Torah.

“I want to give special thanks to my teachers Ms. Cosell, Shana, Stacy from Matan and Rabbi Angela; to my brother Jonnie, and to my parents.

Our neighbors Nancy and Chuck passed one soggy Kleenex back and forth between them, finally sending my eight year old niece to the ladies room to bring back more tissues. She returned with a wad of rough brown paper towels which made their way up and down the aisle. We were completing a journey that had started 12 years earlier, when Mickey’s first speech therapist at Blythedale Children’s Hospital had gently suggested the possibility that he might never speak at all.

But here we were.

For years, we danced with the idea of a bar mitzvah. Thirteen is a milestone for all Jewish children, and I was determined that our son would take part.   I knew he could learn a few simple prayers and songs; he has amazing memory skills, not uncommon for children with autism.  But Hebrew was out of the question.  Mickey grappled with speaking and understanding the most rudimentary English.  Still, I wanted him to have the experience of preparing for his bar mitzvah, to mark that passage, whatever it would be, just as his older brother Jonathan had done.

Initially our temple hadn’t known what to do with our child. We attempted religious school when he was nine, putting him in a class for much younger children. But even that proved too academically rigorous and language-laden.  He lasted three sessions.

“The Torah says you’re supposed to teach your children,” I said to the director of the religious school. “It doesn’t say some of your children.  Isn’t it a sacred obligation to teach all our children?”  Although we could instruct Mickey about holidays and observances at home, it felt important to us that he have the experience of learning within a community.

With that in mind, my husband Marc and I met with the senior rabbi at our synagogue to express our hopes and frustrations.  He steered us to the Center for Jewish Life. Physically separate from the main temple, the CJL is an intimate and airy light-filled meeting house with 12 foot high ceilings and wonderful acoustics.  It offers a more private worship experience, and is usually reserved for small life cycle events – a baby naming, a bris,  an oneg shabbat — unlike the large,  imposing and formal sanctuary where we had celebrated Jonathan’s bar mitzvah four years earlier.

Each Saturday morning we took Mickey to Sharing Shabbat at the CJL, a spirited, family-centered service suffused with song, that was designed for younger children. At first Mickey was reluctant; it was new and unfamiliar, and he insisted on carrying his collection of small plush Nintendo characters,  jamming Mario and Luigi in opposite pants pockets and bringing them out whenever it was time to sing.   Sharing Shabbat was led by the aptly named Rabbi Angela. She truly had the voice of an angel as she guided the children in song and prayer with her guitar.  Mickey loved the small sermons and stories she told. “She’s a nada-rator,” he would say. “Like Martin Sheen.”  He meant “narrator”, somehow equating Angela’s tales to his favorite Eyewitness Animal Video Series.  Angela was kind and welcoming.  I knew that she, too, had grown up having to field insensitive questions; as the daughter of a Korean Buddhist mother and a reform Jewish father, she knew firsthand about feeling marginalized from mainstream Jewish life.  Angela was trained as both a cantor and a rabbi, the first Asian-American to graduate from the rabbinical program at Hebrew Union College.  We began to talk with her about how we might shape Sharing Shabbat into a bar mitzvah service.

Still, we worried. What if a large crowd unnerved him? What if he panicked in mid-speech, declaring, as he often did, “That’s it!  I’m out of here,” and bolted?  We shared these fears with Angela.

“You know, a thirteen year old child doesn’t have to read from the Torah,” Angela said. “It’s not mandatory.  Turning thirteen just means that he has earned the privilege.  We can do this however you feel most comfortable.”

To help him prepare, Angela sang all the Torah blessings, songs, prayers and parshah into a tape recorder for Mickey.   Each night that spring Mickey would lie in bed listening.  Often I would linger outside his door, loving the crystalline purity of Angela’s voice singing him to sleep.

Traditionally, a bar mitzvah child in our congregation undertakes a mitzvah project, something that helps others.  It is part of our ethical heritage of Tikkun Olam, repairing, or healing, the world.  “No gifts,” we told everyone. “Please take whatever you would have spent and give it to the National Alliance for Autism Research.”  Astonishingly, in the weeks before the bar mitzvah more than $40,000 from friends, family and congregants poured in.

Several days before the event, our family met with Angela to rehearse in the CJL.  We invited our friend Ellen to be the appreciative “audience” so that Mickey could practice in front of others.  It was an uncommonly warm day in early June; I fanned myself with a prayer book.  Angela flipped on the air conditioning, and turned to Mickey.  “What should we sing first?” she asked him, and before she could even take out her guitar, he said,”V’Shamru!” and launched in, confident and unselfconscious. He sang every single verse.  In Hebrew.  We were stunned.

“Mickey! That was wonderful,” Angela said.

We sang several more songs, and then Angela took the Torah from the Ark. The silver spindle ornaments tinkled and jingled as she placed it in the arms of our 17 year old son Jonathan. She asked him to practice carrying it slowly throughout the room.  Mickey trailed him, grinning as he clutched the tail of Jonathan’s shirt.  Ellen grabbed my hand, and I realized that we were both wiping tears.

It was beautiful and blazing that Saturday morning when workmen arrived to set up a tent in our back yard.  Inside the house, Marc and I dressed Mickey in a blazer, French blue shirt, red foulard tie and gray pants.  Just like a typical family, we joined grandparents, aunts, uncles and cousins at the synagogue an hour before the service to pose for family portraits. “Today would have been my dad’s 80th birthday,” Marc said.  Tenderly, he draped Mickey in a white and gold tallis, a prayer shawl that Mickey’s great grandmother had brought from Israel fifty years earlier. The room was radiant with mid-morning light as it filled with the people we loved most.  As Mickey returned to his seat between us and each of us hugged him, Angela began speaking. She  talked about the significance of the Priestly Blessing, the ritual and meaning of this day, the privilege of working with my son.   What I remember most, though, is the welter of feelings: the palpable longing that my own mother might have lived long enough to reach this hard-won happiness with us, even as I felt the communal embrace that drew in my husband, my two sons and me, and held us fast.

In her achingly lovely voice, Angela sang Lechi Lach —literally, “let us go forward”, a modern song that is based on God’s words to Abraham to seek his destiny:

“Michael Gabriel Carter,” said Angela, looking at him, “You are a blessing, to everyone in this room.”

“Thanks! You too!” he said, in such a chipper tone that everyone laughed.

“May God bless you and keep you,” said Angela.  “May God shine upon you, and be gracious to you, may God lift up his countenance upon you, and give you peace,” she said, concluding the service, and the room erupted in applause.

Mickey raced over to my elderly father. “Grandpa! I did it!” he said. “Are you proud of me?”

We crossed the hall into the airy room beyond, to tables heaped high with buffet platters, and vases bursting with sunflower bouquets. My cousin Mark, who had already had the pleasure of seeing the first of his own three children through a bar mitzvah three years earlier, pulled me aside into a bear hug.  “That,” he said, ”was the best bar mitzvah I have ever seen.”

It was a journey of faith and healing for us all.  And there was joy.  Different than my wedding day, or the day I sold my first short story; different too than the births of either of my children, both born beneath the glare of a surgeon’s spotlight. This had a texture all its own.  For one beautiful, blazing day in June, we were a normal family.