Jewish communal professionals’ and philanthropists’ recent focus on creating a sense of Jewish Peoplehood,or communal togetherness, has resulted in significant recourses and energy spent fighting overwhelming momentum toward denominational divisions and sectarianism.  However, often it seems like these efforts most closely resemble running on a treadmill, an activity in which one exerts energy yet goes nowhere, albeit with a higher heart rate.

Rather than continuing down this current unfruitful path, I suggest those interested in Peoplehood look in a different direction for inspiration – the disability community. In a world filled with labels, people with disabilities don’t have the luxury of hiding behind our differences; we must acknowledge them and move forward. 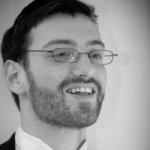 Therefore, many with disabilities often bridge divides and defy labels in ways that are foreign to others, but common for us.

For example, people with autism spectrum disorders often have little in common with each other, much less with people with different diagnoses, like Down syndrome or cerebral palsy. However, we’re often placed in the same program, classroom or living environment due to one similarity; we have conditions, which “substantially limit one or more of our major life activities,” or more simply put a disability.

Upon visiting most day programs, residences or camp programs for people with disabilities, one will find people, whose only similarities, if any, involve what we can’t do. Yet we still find ways to work, play and learn together, and thus, build a community that doesn’t ignore, but transcends, our differences.  This occurs not only with diagnostic labels, but denominationally as well.

The individuals with disabilities themselves aren’t the only members of the disability community looking past labels and finding community and solutions. At its Family Shabbaton, NJCD/YACHAD, an agency of the Orthodox Union, provides an opportunity for families to come together, meet with experts and find support. Throughout the weekend, but particularly during Shabbat lunch, when families are assigned seats based on the challenges each face, it’s not uncommon for secular families and Hasidic families to sit together and discuss the challenges facing their respective families. In my experience, after these conversations, the families often exchange information and promise to stay in touch. They later marvel that under current social norms, in no other setting would they be in the same room, much less, talk to each other.

Family Shabbaton and Tikvah are just two of many examples where Jews with disabilities defy denominational labels. If people with disabilities can operate trans-denominationally, in these environments, then surely we can do so, in environments intentionally designed to foster community wide relationships.  If those interested in peoplehood give us the opportunity, I believe the disability community can demonstrate how to find opportunities to come together and build community despite existing differences, enabling the opportunities that exist for us, to reach all of Klal Yisroel.

Jason Lieberman, diagnosed with cerebral palsy at 11 months, is a disability advocate. Jason currently serves on the Board of Directors of   Matan andBronx Independent Living Services. Additionally, He is the former Director of Government and Community Affairs for Yachad/NJCD and is an informal adviser to Tikvah at Camp Ramah New England.  Recently named one of The New York Jewish Week’s 36 under 36, he lives with his wife Emily and son Ruby in New York City.