Outside Looking In – Parashat Metzora 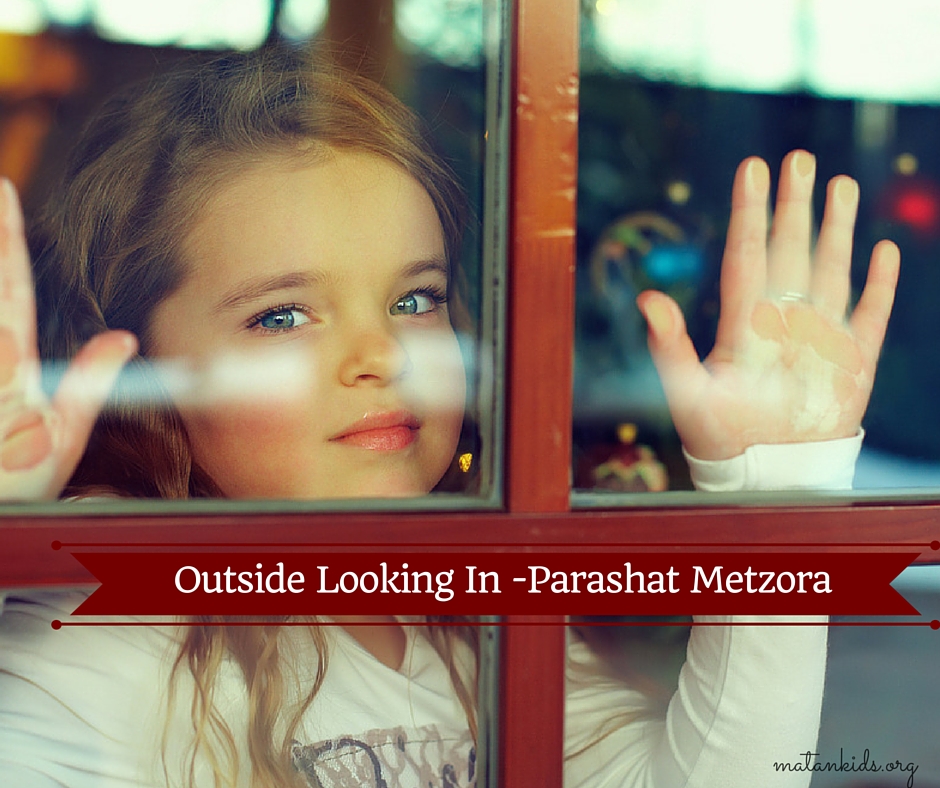 This week’s Torah portion, Metzora, is a challenging one, to say the least. It begins by describing steps that must be taken by the priests when they learn that someone has leprosy. The leper has become sick as a punishment for his sins.

This idea of “reward and punishment” has always made me uncomfortable. Most people can certainly recount plenty of occasions when “good” people suffer and “not so good” people thrive. Whether or not the leper is guilty of sin is actually less significant that the fact that the leper is an outsider. This portion instructs that he must be kept outside the camp, the community, until he is well. Separating someone as a way of preventing a contagious disease from spreading was actually a very wise tactic.

So why do I feel so sad for the leper?

I feel sad for the leper because not only is he suffering, but he is doing it alone – isolated from the community. I would like to think that today we are much more enlightened about people who are sick. And yet, the early response to the AIDS epidemic in the 80’s reminds me that we take two steps forward and one step back. We also know that our yetzer ha’rah, our evil inclination, pushes us to see people as “other” for many different reasons. So perhaps it is the part of me who has felt like an outsider at times who feels for and relates to the plight of the leper. More specifically, it is likely the part of me who is the parent of a child with special needs who knows the ache of being an outsider.

Unlike the case of the leper, no one has made me or my child feel like outsiders on purpose. When my daughter, Eve, was diagnosed with cerebral palsy, it was clear that my experience as a parent was going to be different. When she was a baby others would talk about the milestones their child had reached….when their child rolled over, when he crawled, when she took her first step, what words he was saying. It was painful. Eve reached all of those milestones, just on a very different schedule. None of the other parents intended to make me feel like an outsider, and yet all that usual parental “bragging” did just that.

[Tweet “It’s likely the part of me who’s the parent of a child with special needs who knows the ache of being an outsider.”]

Over the years, as people have watched Eve grow and have come to know and understand what her challenges are, many have gone out of their way to include her. Despite a physical disability, learning challenges and some related health issues, Eve is about to graduate high school and go on to college. She plays the French horn, sings in the select choir and dances (yes, dances) about 6 hours a week. She has rarely, if ever, let her disabilities stop her from trying something new or working hard to accomplish something difficult. I know that I am a little biased, but she is truly inspiring.

And yet, despite all the inclusion, we have often still felt like outsiders. Her inclusion has sometimes been – “in spite of her disabilities” – not because she is Eve and has so much to contribute. My teacher, Pam Schuller, the Inclusion Specialist of URJ Youth Programs, has taught me that real inclusion is not about letting someone participate “in spite of” his or her challenges. Rather, real inclusion is about celebrating the gifts and strengths of every member of our community.

In so many ways we have reached the point of including the leper and not making him or her leave our camp; our community. But now we need to set our sights on a new goal: We need not just let the leper back in but we must truly celebrate all that he or she is and can be. 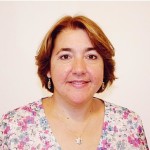 Rabbi Paula Feldstein graduated from Rutgers College and was ordained as a rabbi from Hebrew Union College – Jewish Institute of Religion, in New York, in 1993. Rabbi Feldstein served as an Assistant/Associate rabbi at North Shore Congregation Israel in Glencoe, IL and for four years as the Family Educator for two more years after that. She served as the Associate Rabbi at Temple Emanuel and later the Director of Early Childhood Education. She is currently the Rabbi-Educator at Temple Avodat Shalom in River Edge, NJ. Rabbi Feldstein is the editor of The Tot Shabbat Handbook (URJ Press) and Mishkan T’filah for Youth (CCAR Press). She has been married to Rabbi Jordan Millstein for 25 years and is the proud mother of Eve and Sarah.