Let My People Go; A Call to Advocacy – Parashat Va’eira

For children, the plagues of Egypt have been turned into song. We all know the tune about Pharaoh waking up to “frogs in his bed and frogs on his head”. Many seder tables at Passover are decorated with little grasshoppers, animals and other such toys as reminders of these great signs and wonders that God wrought in ancient Egypt.

But as adults we have to wonder about this great and awesome event. The Torah teaches us in this week’s portion (Va’eira) that God brought the plagues as a way to convince Pharaoh that he wasn’t the master of the universe. Couldn’t God have found another way to teach Pharaoh that lesson without having most of the Egyptian population suffer and die? If God could call people to prophecy and could even talk to Moses from a burning bush, couldn’t God have had a private session with Pharaoh, too? Wouldn’t that private transformation have been even more effective than the damaging and destructive plagues?

Clearly it wasn’t enough for only Pharaoh to learn this lesson – the entire Egyptian population needed to understand this new world religious order. Slavery had become so ingrained in Egyptian society that it was assumed that Egyptians were superior to other people. The strangers, the Hebrews, the “others”, were so lowly in their eyes that the Egyptians felt they could totally control and “own” them. Egyptian society had become so morally diminished that the people could no longer see the value of other human beings.

Moses’s repeated request of Pharaoh to “let my people go” didn’t just reflect the short term desire to be liberated from bondage; it reflected the religious ideal to be free to live according God’s moral and ethical law. Egyptian bondage was so morally polluting of Egyptian society that the only way for all to learn was for God to cleanse Egypt of this corruption. For over 200 years, the Hebrews were enslaved and people were born knowing that there was an immoral hierarchy in Egyptian society. Only something drastic and dramatic could cleanse the Egyptians of this terrible injustice.

Societies around the world can be easily corrupted. Students of world history know this to be true. Over the centuries, groups of people have been persecuted and oppressed just for being different. Reading this portion as we do every year, as well as celebrating Passover, reinforces the message that bigotry, discrimination and persecution of the “other” cannot be tolerated. God wants us to learn to accept one another for who we are – God’s creation. Once we all learn that lesson, once we see all people (no matter their color, ethnicity or ability) to be holy, then we will truly be free.

We need to heed Moses’ call for action. His cry, “let my people go” needs to be read by us as a call for advocacy. When we see persecution and oppression we need to act. When we see others being taken advantage of we need to right the wrong. It’s only when all people are truly equal will we be free from Egypt. 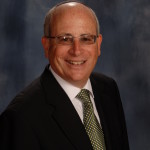 Rabbi Jonah Layman has been the rabbi of Shaare Tefila Congregation in Olney, MD since 1994 and is the liaison of the Rabbinical Assembly on matters affecting people with disabilities. He serves on the Jewish Disabilities Network and on the steering committee of Interfaith Disability Advocacy Coalition.