Written by Meredith Polsky, Matan’s Director of Advocacy and Training 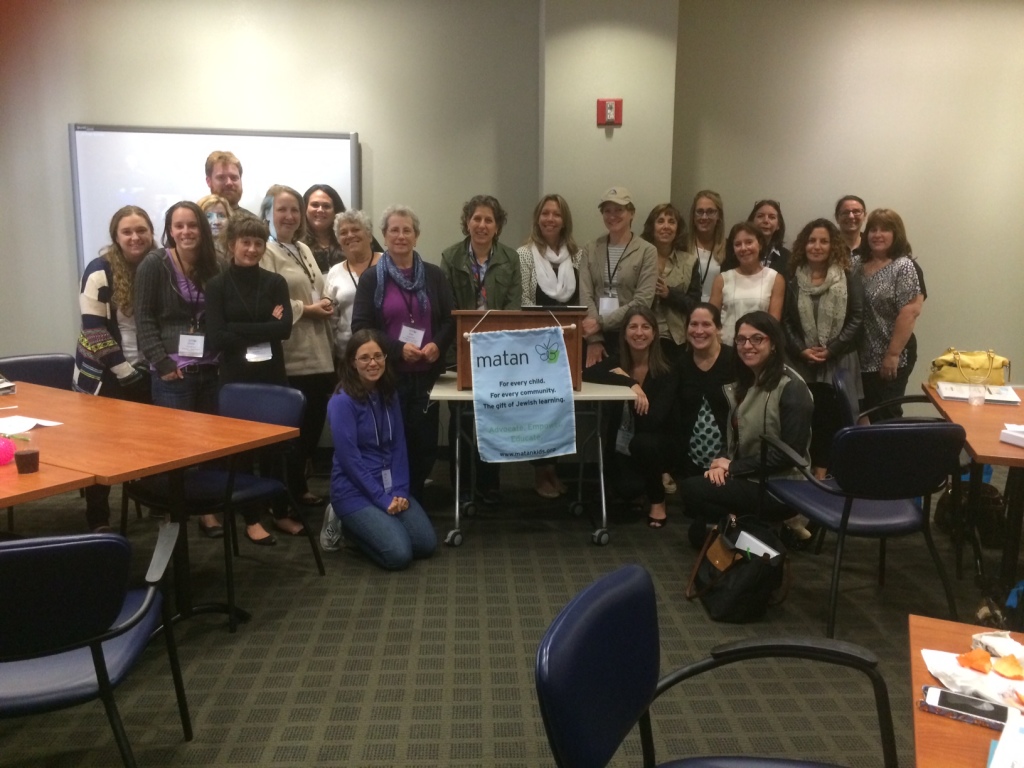 Last month, Matan kicked off its Inaugural Matan Institute for Early Childhood Educators. There were several really good reasons why we chose to take on Early Childhood:

1: According to The Learning Disabilities Association of America, “Identifying learning disabilities early can pave the way for children to get the support they need to experience successful futures both in and out of school. Knowing the early warning signs that put young children at risk for learning disabilities and understanding normal developmental milestones helps with early diagnosis and intervention.”

2: The Jewish community has come to understand that early childhood education is the entry point into Jewish life for a high percentage of previously unaffiliated adults, and has the potential to significantly increase the number of young Jews engaged in ongoing Jewish learning.

3: We have noted with great interest that each time we market the Matan Institute to Congregational School Directors, we receive inquiries from Jewish Nursery School Directors who are eager to receive training in recognizing and accommodating special needs in the Jewish early childhood classroom.

4: Jewish early childhood educators could be THE difference between a positive and a negative relationship to the Jewish community.

Among all these reasons, however, was one we really didn’t predict:

Sitting amongst a room full of Jewish Early Childhood Educators (arguably the most under-paid segment of Jewish professionals); learning with them on a beautiful SUNDAY a week after they began their school year; hearing their desire – their insistence – on including children with more and more significant needs in their schools; listening to them wrestle with the benefits and challenges of inclusion; engaging with them as they expressed such care and concern for EVERY child in their midst – these were the things that ended up giving us the best reason to venture into Jewish Early Childhood.

The Inaugural Matan Institute for Early Childhood Educators confirmed that those on the front lines of Jewish education – those first people to welcome young families into the Jewish community – care DEEPLY about inclusion, about doing it well and saying YES in ways that can help every child be successful. These early childhood educators are true ambassadors to the rest of the Jewish community, challenging us all to do better – to do more – to say YES – to children with special needs and their families.