It Is Better To Be Curious Than Anxious 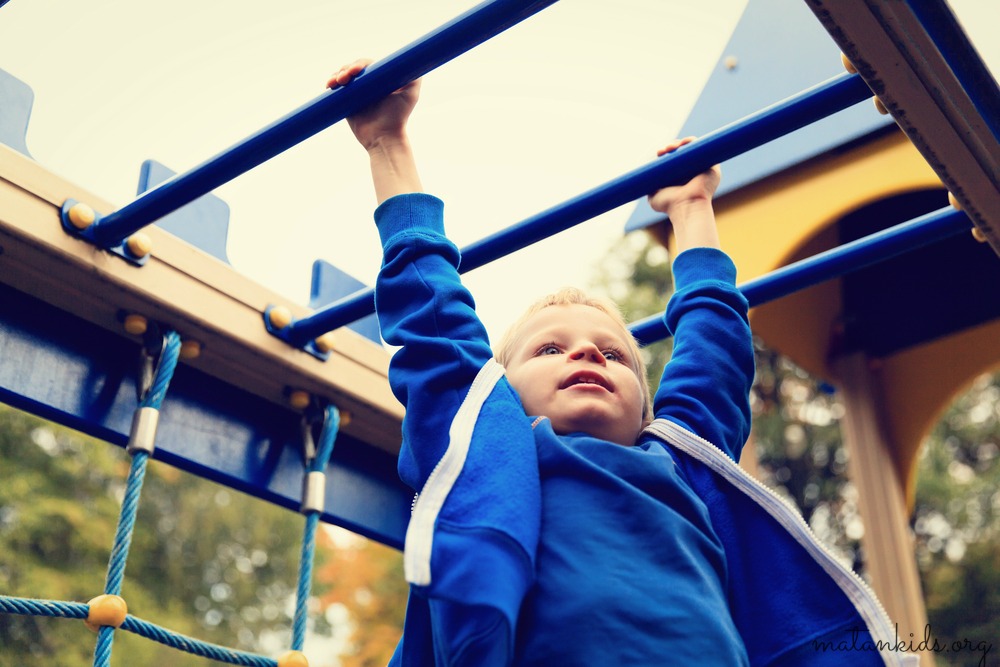 As parents, each day has the potential for new or unexpected experiences and the resultant unintended consequences. A few weeks ago, I decided to take my younger son to the park on an unseasonably warm fall afternoon. My younger son constantly asks to go to the park and I have to admit that I have a lot of disdain for the playground. I consistently have trouble keeping “eyes” on my kids and as an observer, watching them climb on play equipment is not that much fun. We were at the playground for less than five minutes when suddenly my son’s friend comes running to tell me that my son was crying.

How’d I miss it? I found him lying in the wood chips beneath the monkey bars. Immediately, I knew something was wrong. My younger son is the “get right back on your feet” type of kid. He doesn’t milk getting hurt or not feeling well. I scooped him up and felt him shivering. My initial thought was broken bone as a mom of boys.  Panic mode went into overdrive. I rushed to the car, strapped him in and called the orthopedist I had seen when my older son broke his elbow. Since I was a repeat customer the office told me to bring him right over. Diagnosis: broken tibia, four weeks in a cast.

All of the sudden, life was slightly different than when I woke up that morning. All in an afternoon my short-term “new normal” was that my active almost-five-year-old couldn’t walk and it took him two weeks before he was even scooting around. Things could have been so much worse, but for a kid his age it was such a change. He was used to being independent and jumping around but now he stuck to the couch. He enjoyed being glued to Netflix for a few days, but then his mischievous demeanor began to change. After about a week he started to express his emotions and told us that he wished he never had gone on the monkey bars and wanted his cast off his “cast leg”.

To be immobile or physically limited for anyone, let alone an almost-five-year-old, is difficult. He did not have the coordination necessary for crutches nor did he have the balance for a walker. So the default option was a wheelchair. Wow! Walking around with a child in a wheelchair I could see the facial expressions and almost sense the awful thoughts from people we passed when we were out doing errands or at a restaurant. 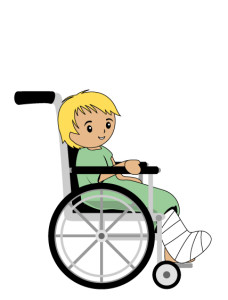 I’ve been in the field of special education for 15 years. I have always worked with and surrounded myself with children with cognitive disabilities or speech delays. All of a sudden I was walking around with someone who was temporarily “physically disabled”. When approaching a crowd of people, right off the bat I would say “he is ok, just a broken leg”. Like I had to justify that it was nothing more. Do parents of physically disabled children have to do that?  Are we trying to ease the anxieties of others that we see in public to make them feel better? Do we live in a world where being “different” really makes people that anxious?

In my 20’s, I developed Vitiligo, a benign skin condition in which your immune system attacks the pigment in your skin. Your skin ends up covered with asymmetrical white blobs. During the summer, when I tan, it is more pronounced. That doesn’t stop me from wearing shorts or short sleeves. Yes, I get looks. Especially from those who have never seen it. Others will often come up to me and say that they have Vitiligo or their sister does, etc. However, most just stare. Typically, kids ask in the nicest way. “What’s on your skin and why is it two colors?” They seem genuinely interested and not afraid to ask about something that is different. Once I explain it to them they go about their usual business and that’s it. I don’t believe they think – this could that happen to me, lucky it’s not my mom, I feel bad for her, etc. They just absorb the answer and go on.

As we become older some of us have a tendency to feel a bit more anxious about daily life, new experiences or around people that are different (insert an anxiety here). We need to learn from our children. We need to be comfortable asking questions so that we can understand our differences or circumstances. As the saying goes, “replace the fear of the unknown with curiosity”. We all have our differences (e.g., worldviews, appearances, personalities, favorite pizza toppings, likes and dislikes, and so on.) We need to be able to approach people that are different than ourselves. After all, it’s better to be curious than anxious. 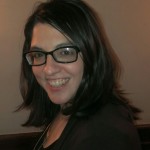 Abra Jacobs Goldemberg is the Assistant Director of the Rosenthal JCC’s Early Childhood Education Program in Plesantville, NY. In this role, Abra supervises all aspects related to the provisions of Early Childhood and Early Intervention Services. She spends her summers at Camp Ramah Nyack as the Rosh Edah for Edat haKochavim. Abra lives in White Plains, NY with her husband and 2 sons.