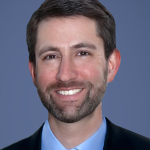 In recognition of Jewish Disabilities Awareness Month, Rabbi Englander is the second contributor to our weekly D’var Torah (word of Torah) blog post, where guest bloggers will link the week’s Torah portion to the theme of inclusion.

In my synagogue, whenever a cantor tries to introduce a new tune to a prayer that has been sung the same way for many years there is what might be called “backlash.”  As a proponent of new tunes, if someone complains to me about the audacity of a cantor who does this evil deed I reply, “You know, every old tune was once a new tune.  Give it a chance. One day another cantor will try to change this tune and people will complain!”

I thought about this recurring interaction while learning Parashat Mishpatim with an eye toward the values which sometimes seem like “new tunes” – inclusivity, recognition of and appreciation for different learning styles, assuring access to education for everyone, taking proper care of people with disabilities, and the list goes on.

Isn’t it obvious?  Isn’t compassion the primary building block of that which we hope to build? If it was obvious, the Torah could have said “be good, be fair, be just, and love God” and in synagogue our Torah reading would be much shorter.  Parashat Mishpatim, with its plethora of rat-a-tat laws in the civil, criminal, and ritual spheres says to us through the generations that it is not obvious.  You will have to work to build a society in which even the values you most deeply hold are reflected properly, adequately, and effectively in your cities.

Let me mention two related examples from the parasha, and I’ll paraphrase rather than quote.  What do these two questions have in common?  First:  what happens if someone digs a pit, fails to put up a sign saying “watch out, there is a pit here” and someone’s animal falls into it – who is responsible?  Second:  What happens if someone starts a fire and that fire spreads and consumes someone else’s crops – who is responsible?

We might say that that the answer to these questions is obvious, and that is what they have in common.  But the Torah is not in the business of telling us the obvious.  We could envision a society of gross selfishness where the pit digger says “you should have been more careful with your animal!” or where the fire-starter says “I started the fire over here, what happens over there is your problem!”  Instead of saying “it wasn’t my ox that fell in the hole” or “it wasn’t my crops that were consumed by the fire” the Torah says you are responsible for the foreseeable consequences of your negligent actions.   Our responsibility extends beyond ourselves and our individual well-being, it radiates throughout the places we are and even to some extent to the places we have been.

In time to come, when someone says that all students (and we are all students) regardless of learning ability and style should have full and equal access to an appropriate and meaningful education, someone is going to reply, “Isn’t it obvious?”  The laws outlined in Parashat Mishpatim would come to serve as the foundation for many, many pages of Talmudic discussion and meaningful conversation about what it means to build a community where fairness, responsibility, and compassion are the norm and not the exception.  As obvious as that might be to us, it is still something that every community struggles mightily to attain.  When that effort is imbued with a sense of holiness, we have answered the call first put forth to those who beheld God’s own presence at Sinai, and which reverberates whenever we study and talk about it with others.