Inspired by the Shema – To Listen 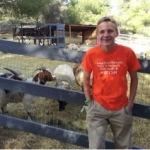 I can not speak.  For whatever reason, G-d has intended for me to be mute.  Many people might believe that I can not think, but despite their thinking, I can.  What’s more is that I listen.  A lot of people may stare at me, and when they do, I listen to their body movements and eye gaze.  I listen to their ignorance.  I listen because I have no choice but to take in the world in the way I can.

What do I think of the people who stare?  Let’s break it down.  What they are saying is that they are unsure of me.  They can’t quite figure me out and don’t know how to categorize me.  They are saying that I am not the way they are.  That something’s not right.

Now for the second part, how I internalize it.  I used to have some issues with this.  I used to believe the stares and thought there was something wrong with me.  I used to get down on myself for not fitting in.  Now, I am much more confident in myself and my diagnosis.  I am an advocate for autism awareness, an emissary, if you will.  I welcome the stares and I wish people would actually ask, “What’s different about you?”  I’ve internalized that some people are uninformed, not knowledgeable about special needs, and need to learn about neurological differences.  I don’t take it personal anymore.

I’ve listened enough.  It’s time for me to speak, however it may sound.  Through an electronic device, my hands, or my mouth.  Now it’s your time to listen.  Are you ready?

Neal Katz is a bright, adventurous, fun loving 18 year old.  He loves to hike, go on roller coasters and listen to ColdPlay, Drake, Nirvana and the Police.  Neal attends Cogwheels school and SAMOHI and  types on an iphone and ipad with voice out-put and also uses sign language to communicate.  He works at The Farms in Santa Monica, and in the organic garden at Camp JCA Shalom. Neal had his Bar Mitzvah through Nes Gadol at Vista Del Mar where he danced his prayers.  He is a presenter at conferences, a star of the HBO film Autism: The Musical, is the inspiration behind The Miracle Project and his story is chronicled in the award winning book, Now I See the Moon. Neal is featured in Kate Winslet’s book The Golden Hat, and he was a photo model for the Jewish Federation. In fact, you can see Neal “hanging around” right now on La Cienega and Ventura Boulevards on Jewish Federation banners!  Neal  has many friends, a girlfriend, and considers himself an emissary for people with disabilities.