Inclusion is Not a Favor – Parashat Ha’azinu

During the month of February (Jewish Disability Awareness Month) Matan shares a weekly d’var torah linking inclusion to the upcoming Torah portion. We say often that JDAM may only be one month, but Jewish disability inclusion needs to happen all year round. So to that end, we will be sharing such d’vrei Torah weekly beginning with Bereshit in October. These posts will run on Wednesdays to serve as inspiration for Shabbat sermons. 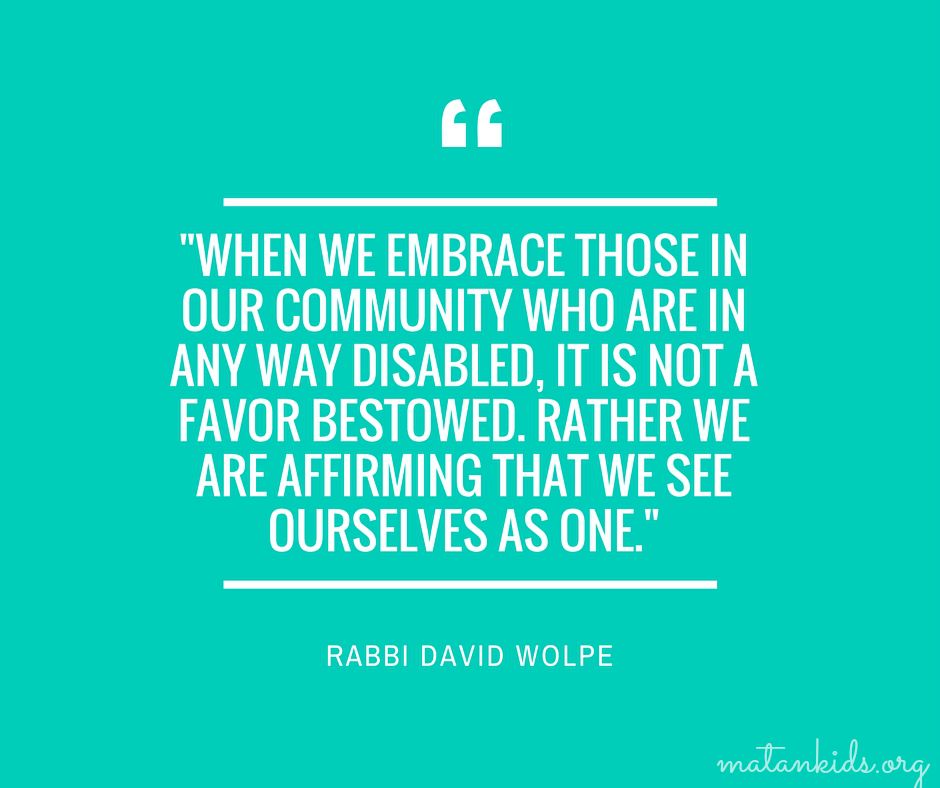 Moses invokes heaven and earth – the leader of Israel summons the world to witness his words. With this cosmic call Moses brackets the beginning of the Torah, the story of creation. In the human drama, everything is implicated – the skies, the earth, and the One who fashioned them.

In this universal sweep, Moses does not turn to the people to be witnesses. For a constant theme of the parasha, and of the book of Deuteronomy, is that people are unreliable. We are objects of God’s concern, and therefore invaluable, but also cracked and fissured and flawed. This realization should induce in us a certain humility.

The Israelites who saw themselves in Moses’ words – as opposed to those who arrogantly assumed he was only talking about the person next to them – realized that true faith cannot stand alone. Moses speaks of the people because it is as a people that we confront our sins, our destiny, our dreams. He calls the world to witness because no one is so good, or lasting, that they can serve as a witness to his words for generations.  Moses who is about to die, reinforces the lesson that we must stand together because we are all inheritors of the same fragile estate of being human.

So when we embrace those in our community who are in any way disabled, we do it not out of largesse; it is not a favor bestowed. Rather we are affirming that we see ourselves the way Moshe Rabbenu – Moses our teacher – saw us: as one. From the perspective of the heavens that he calls upon, we are a collective. And ultimately, the differences are small next to the power of klal Yisrael – the enduring people of Israel.

From God’s perspective, as expressed by God’s servant Moses, all of us are always included. The divisions we introduce are of our own making, and contrary to the spirit of creation. We do not believe in sameness, but we believe in union. All Israel, with our various gifts and limitations, stand before the same witnesses, the heavens and the earth, and proclaim our gratitude to our Creator.

May this new year see an ever broadening circle amongst our people, and in God’s troubled, beautiful world. 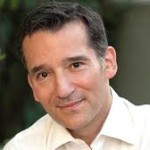 Rabbi David Wolpe is the Rabbi of Sinai Temple in Los Angeles, California. He was named the most influential Rabbi in America by Newsweek Magazine and one of the 50 most influential Jews in the world by the Jerusalem Post. He previously taught at the Jewish Theological Seminary of America in New York, the American Jewish University in Los Angeles, Hunter College, and UCLA. Rabbi Wolpe, a weekly columnist for Time.com, has been published and profiled in the New York Times, the LA Times, the Washington Post’s On Faith website, The Huffington Post, and the New York Jewish Week. He has been on television numerous times, including the Today Show, Face the Nation, ABC this Morning, and CBS This Morning. Rabbi Wolpe is the author of eight books, including the national bestseller Making Loss Matter: Creating Meaning in Difficult Times.