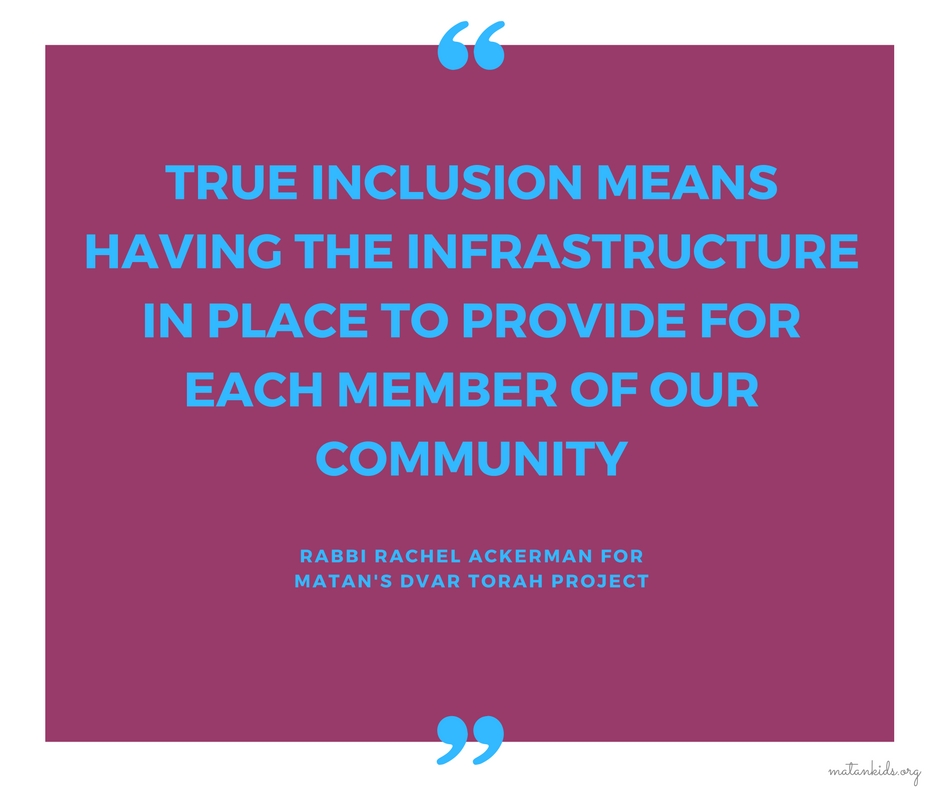 I never want to turn anyone away. So when a parent comes to me to share that they have a child with special needs my inclination is to automatically say, “Yes! Come! We will figure it out,” because most of the time that is true. We figure it out, and it’s great. There are so many needs we can meet in our school. And yet, I know, we can’t meet all of them.

Recently, at a teacher training, we were reviewing the fire drill procedure. The drill outlines that you are to exit the building through the nearest exit, which, in most cases, is through a door in the classroom that goes directly outside. Someone asked if they needed to exit through their door, which is actually a window, which leads directly to a ladder to get you up and out. No, I explained. In the drill, please exit through the nearest door that doesn’t require you climbing over, through and up. In case of an actual emergency with no other option they would exit that way, but it is not the safest for a drill.

But someone else in that room uses a wheelchair. And in the case of an actual emergency that space is a really dangerous place for someone in a wheelchair to be. There isn’t a way to get out of the room except through the hallway door and then from that point there isn’t a way to exit nearby that doesn’t involve a stair, a steep slope, or exiting over a grassy yard. It’s the nature of the way our building was built way back when. It’s not safe. It’s not inclusive. And I feel terrible.

I can’t meet everyone’s needs. And I’d be doing more of a disservice to say I can unequivocally can when I know that this isn’t the case.

In Ki Teitzei, this week’s Torah portion, we are reminded of the laws concerning care for the widow, orphan, and the resident alien, who were, at the time, three of the most vulnerable members of society. With no one left to provide for them, the community was commanded to take on this responsibility in several ways: to treat them fairly, to not return back the sheaves left unharvested in the field, not beat the olives out of your olive tree a second time around or go for a second time to gather grapes where you have already picked them in your vineyards, and instead leave them for these individuals. (Deuteronomy 24: 17-21)

In the Book of Ruth which we read on Shavuot, we actually see this in practice. When Ruth, a widow and resident alien, goes with her mother-in-law Naomi to Bethlehem, Naomi follows reapers and gleans what they leave behind. When Boaz, on whose property she was gleaning, learns that she was there, he says to her, “Listen to me, daughter. Don’t go to glean in another field. Don’t go elsewhere, but stay here close to my girls. Keep your eyes on the field they are reaping, and follow them. I have ordered the men not to molest you. And when you are thirsty, go to the jars and drink some of [the water] that the men have drawn.” (Ruth 2:8-9)

At another time we can delve into the problematic statement that Ruth needs to go with others so that she will not be molested, but in the meantime we learn something very important about the command to provide for the vulnerable in our community. Ruth had the right to glean in the fields after the reapers, but Boaz indicates that it is not actually safe for her to do this on her own. She needed to go with others to ensure that she was amongst community as she entered a new space. It’s not enough to merely invite people in through our doors. True inclusion means having the infrastructure in place to provide for each member of our community so that they are not left just as alone, and potentially unsafe, inside our buildings as they were when they stood outside our doors. True inclusion means being able to tell people what our limitations are in meeting their needs. And, it means going one step further and making sure that we help them either find a place that can (we have no shortage of wonderful Jewish institutions with a variety of strengths!) or, when possible, work diligently to make a plan of action that will help address our deficits.

This week’s Torah portion lays out the commandments that show us that it was Ruth’s right to glean after the reapers. But inclusion only occurred when Boaz set Ruth up for success in doing so.

Rachel Ackerman is the Associate Rabbi of Temple Shalom in Chevy Chase, MD and has been serving that community since she was ordained in 2011 from Hebrew Union College in Los Angeles. There she received her Master of Art in Jewish Education in 2009 and during that time she wrote her curriculum guide on creating inclusive camp communities. Rachel was a participant in the DC cohort of the Matan Institute and serves as the Vice Chair of the Washington Education Directors Council.