Everyone is Welcome Into a Divine Conversation – Parashat Devarim 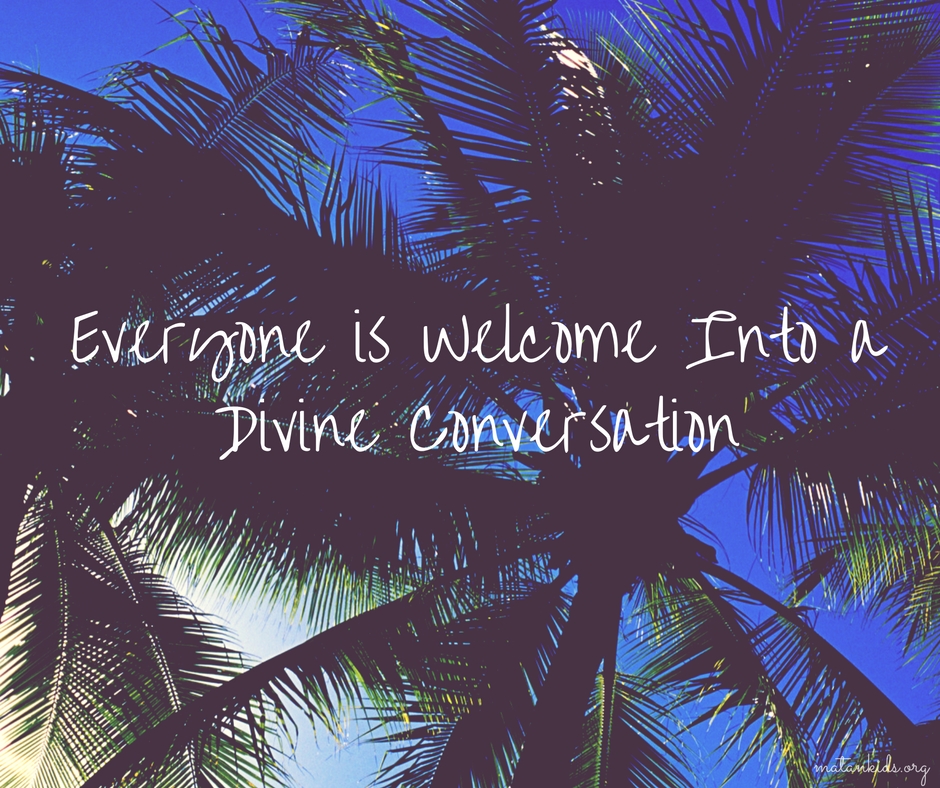 Our Rabbis teach that Moses prayed 515 times to enter the Land of Israel. Yet, his wish was denied. The greatest prophet our people have ever known ultimately faces his mortality as an outsider. He will not be included as Israel settles in their land.

The lonely reality at the end of Moses’ life mirrors, in many ways, the beginning of his story. Before even his first birthday, Moses becomes an outsider. He grows up disconnected from his Jewish family in the house of Pharaoh. As he matures and grows, Moses then comes to acknowledge his discomfort with his Egyptian family. He is now an outsider in his own home. Perhaps his confusion and frustration contribute to the brazen act that compels him to kill an Egyptian taskmaster, spiraling him even farther away as a refugee on the run.

Moses also identifies as being “kavod peh” – “of difficult speech.” Some of the commentaries view this as a physical impairment or a disability of some kind. This condition leads to a certain amount of anxiety and self doubt for Moses, and solidifies his status as an outsider.

Despite the stability of the loving family Moses finds in Midian, the naming of his first child reveals his inner feelings – the boy is called Gershom, from the Hebrew word meaning “stranger.” When Moses looks in the mirror, perhaps he sees an assimilated, intermarried, disabled refugee. He must wonder incessantly, “Where do I belong?”

Even when his destiny is announced at the burning bush, and long after he has accomplished his task in freeing the Israelite nation, Moses is still cast as an outsider, to be buried east of the Jordan River. No number of pleas can alter his status.

But each morning, afternoon and night, Jews today are invited to proudly recall the prophet Moses as they recite the Amidah tefillah. At the outset of this pinnacle prayer, we recite a refrain that is first mentioned in the Torah at the burning bush – “Elohei Avraham, Elohei Yitzchak, veLohei Yaakov” – “the God of Abraham, the God of Isaac, and the God of Jacob.” The pronouncement of this unique phrase transports the petitioner into the shoes of Moses as he too stood before God that first time in conversation.

One might have thought that the rabbis would have chosen a different moment to introduce the Amidah prayer – a moment that could be purely identified with faith, piety, and a sense of deep belonging. Instead, we are invited to imagine ourselves as Moses, a man who lives as an awkward outsider, and relive THAT conversation with God.

I believe the choice of this unique phrase identifying the God of the patriarchs is intentional, and helps to remind the petitioner that everyone is welcome into a Divine conversation, even one who feels like an outsider. The choice of this phrase serves as a congregational reminder to create an inclusive worship space, so that even the Moses’ among us – the refugees, those with disabilities, those from non-traditional families, or anyone who society tends to put outside the mainstream – that they most of all are invited into prayer, and into its hallowed spaces.

On this Shabbat Nachamu, we are invited to create accessible spiritual homes which are comforting to all people, reminding ourselves to embrace the diversity embodied by a mortal man who became the inspiration for our people.

Rabbi Uri Topolosky is the spiritual leader of the Beth Joshua Congregation of Aspen Hill, MD. He also serves as the Rav HaKehillah of the Berman Hebrew Academy, where he is an alumnus (class of ’96). Uri served previously as the Associate Rabbi of the Hebrew Institute of Riverdale in Bronx, NY, and as the Rabbi of Congregation Beth Israel in New Orleans for six years where he helped revitalize a community there shattered by Hurricane Katrina. Uri received his rabbinic ordination from Yeshivat Chovevei Torah Rabbinical School and was a member of the second graduating class in 2005. He is a Senior Rabbinic Fellow of the Shalom Hartman Institute and has served on faculty for the Wexner Heritage Program. Uri is married to Dahlia, a psychologist, and they are blessed with four children, Elyon, Itai, Adi, and Liat.