Choosing a Path of Greater Resistance for Inclusivity – Parashat Vayishlach 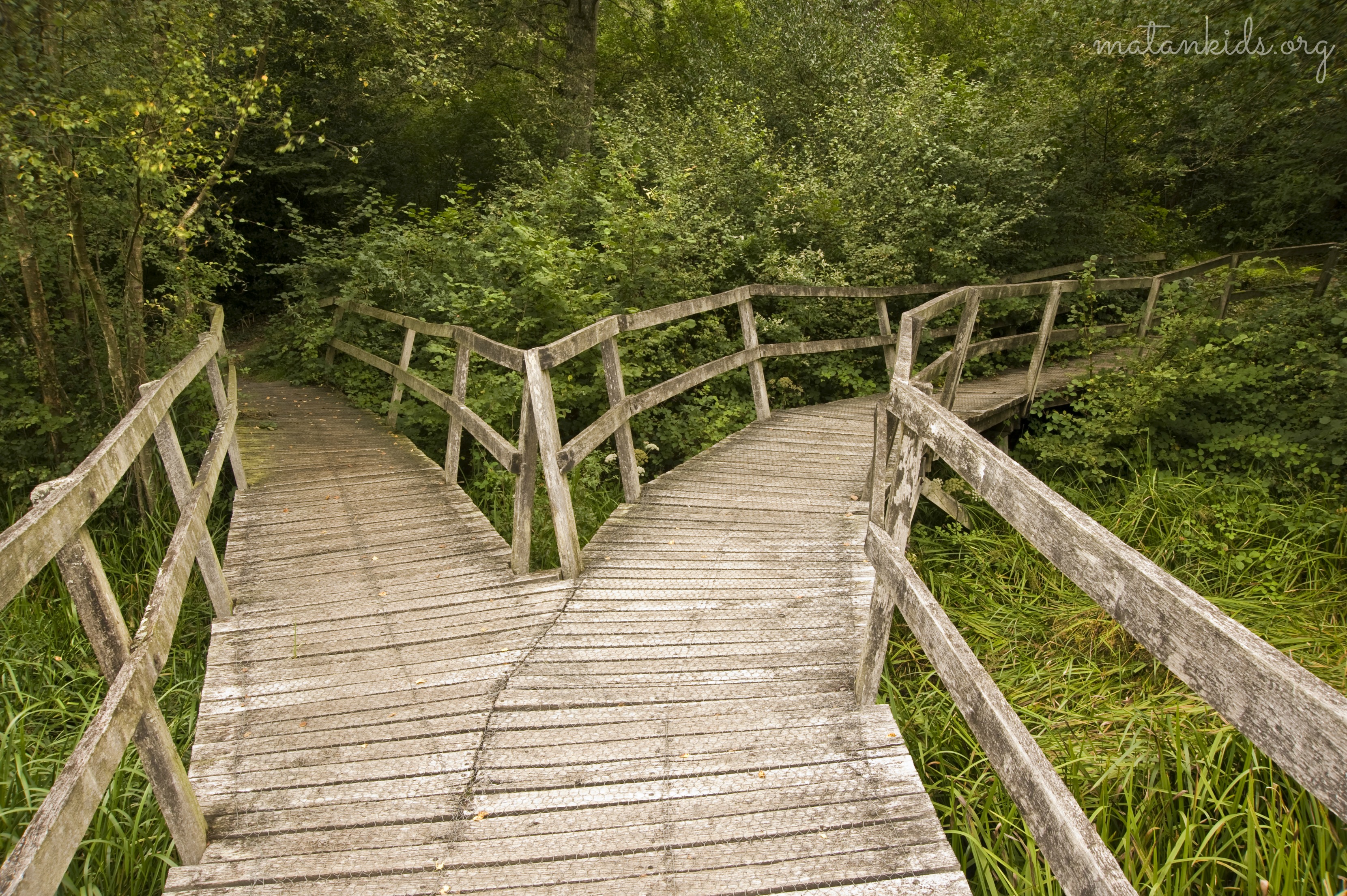 When I was a rabbinical student living in New York City, I was once a Shabbat guest at the house of a lovely Orthodox family living on the Upper East Side. Yet as I sat down to dinner, I couldn’t help but notice that sprawled across their dining room wall hung a large, unfamiliar, canvas oil painting. After the opening Shabbat ritual, our host gleefully explained that he had this painting especially commissioned for their home, because for him, it marked the most significant moment in Jewish history. Every week that their family hosted Shabbat dinner, he would test the Jewish knowledge of his guests to see if they could identify the scene in the painting. Could any of us guess what it was?

None of us had a clue. Eventually, our host explained that the painting depicted the scene from Parashat Vayishlach when Hamor, the father of Shechem, presented Jacob with an opportunity that he assumed would smooth over the horrific rape of Dina: marry your daughter to my son, and join our peoples together.

Our host explained that he viewed this moment as one of great significance for the Jewish people, because had Jacob decided to join the tribe of Hamor by marrying Dina to Shechem, it would have been the end of the Jewish people. Given that this was the path of least resistance under the circumstances, most people would have taken this option. Yet, having just wrestled with an angel, earning the title of “Israel,” Jacob had been charged with a unique destiny to wrestle and make our world a better place. In the end, despite being a path of much greater resistance, Jacob and his children chose to go in a different, more meaningful direction.

In our synagogue, for the past several years, one of our cantors, along with a dedicated cadre of lay people, has run a once-monthly service called “Shabbat L’Khulam.” Shabbat L’Khulam literally means “Shabbat for Everyone,” and we advertise it as an inclusive service for “Children of All Abilities.” For years, parents with children with special needs along with a limited numbers of those who enjoy an earlier service time with musical instruments, chose to attend this service. Others would continue to come to the standard Friday night service that met later in the evening. However, as we adjusted the times of our services to bring them closer together, our senior rabbi made a bold decision: if this was going to truly be an inclusive service for everyone, he decided that this would be THE Friday night service for our community.

Today, Shabbat L’Khulam is the only service that meets the first Friday night of the month. We expected that this would be the path of greater resistance, but we have actually found that we are blessed to be part of a receptive community that appreciates what we are trying to accomplish. Even for those whose preference would be for no music during a service, appreciate that many of our children use tambourines and egg shakers as their voices of prayer. This service has also become a welcoming environment for disenfranchised parents throughout the community at large who otherwise might be tempted to stay away from synagogue, let alone tefilla, for fear of a child’s uncontrolled outburst. Through Shabbat L’Khulam we are educating ourselves about the real struggles of families with a vast array of needs while holding to the expectation that our congregation become more inclusive for all. 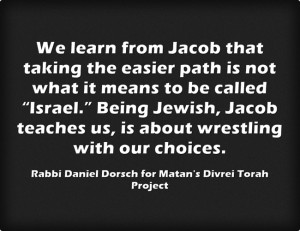 Like Jacob, our community had a path of less resistance available to us. The easier decision would, of course, have been to keep this service separate, not making it the “mainstream” option, or to not even have created the service in the first place.

But in this parasha we learn from Jacob that taking the easier path is not what it means to be called “Israel.” Being Jewish, Jacob teaches us, is about wrestling with our choices, not always so neatly (if you don’t believe me, read Genesis 34), until we make the Jewish decision.

The Jewish people today find ourselves at a crossroads where we are struggling to build a more inclusive, meaningful society. Inclusivity for families with children with disabilities may, at times, seem like the path of most resistance, but we can’t forget that in this portrait, it is always the more meaningful choice. 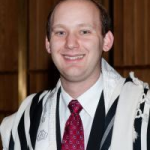 Rabbi Daniel Dorsch is the Associate Rabbi at Temple Beth Shalom in Livingston, New Jersey. He is also a regular blogger for Haaretz.com’s Rabbi’s Round Table. He is happily married to Amy, a Jewish educator, and together they are the proud parents of their son, Zev. You can follow him @danieldorsch on Twitter.