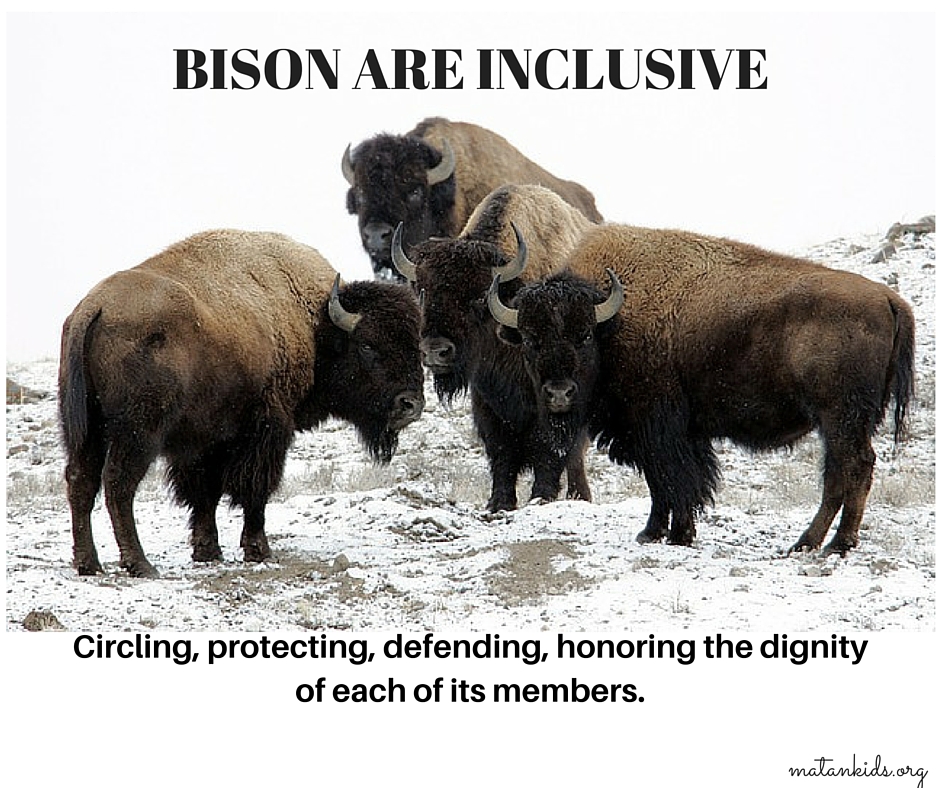 This summer, my family took an eight-hour tour of Yellowstone National Park. We saw flora and fauna, smelled sulfur coming from geysers, got rained on, took many photos and heard more facts that any one person’s brain could hold. Translation: I did not retain many of the facts and figures that Dave the Wiz Tour Guide attempted to relay.

One thing that did strike me as truly memorable, however, was the first time we came upon a herd of bison. Dave the Wiz Tour Guide described that the bison were in the process of creating protective circles with their massive figures because at least one new bison had been born. He explained that they did this at other times, too, particularly when an animal was injured or might be perceived as vulnerable by a predator. They stayed that way until they instinctively felt the fellow member of their herd was no longer in need of protection.

My mind immediately thought, “That sounds like the Jewish community! Circling, protecting, defending, honoring the dignity of each of its members.” My next thought was, “Wait! That’s not quite what happens YET when it comes to members who may be seen as “different” – who may learn differently, move differently, or who may need different types of supports.” 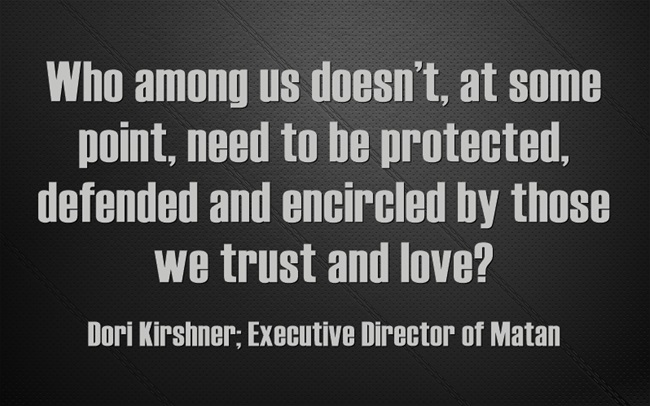 As we often say at Matan, special education is just really good education. Who among us doesn’t, at some point, need to be protected, defended and encircled by those we trust and love? When we include people with differences in Jewish education, we ensure that every single learner is getting what they need in that environment. Supports that one student might require in order to succeed certainly benefit other children in the class; an inclusive camp cabin is undoubtedly more adept at recognizing and accentuating individual strengths; synagogues that are accustomed to welcoming the entire community are undeniably more attuned to the ebb and flow of the needs of the whole congregation.

Research proves that 1 in 5 people have some kind of special learning need. If we care about the dignity of each individual, if we believe that we are each created in the image of God, if we are concerned about Jewish peoplehood and declining affiliation… then we cannot afford to leave 20% of our Jewish population outside the circle. Rather, we must insist that our teachers, our clergy, other Jewish professionals and lay leaders ALL take steps towards increased inclusion; in other words, we want them to instinctively act like bison. We all depend on it.

May this new year bring about opportunities to come together as a community – to celebrate, to protect and to cherish all of our members.