Affiliated – But Not Included

The Pew Research Center’s recent study, “A Portrait of Jewish Americans” has rocked our Jewish boats.  According to Pew, our “affiliated” numbers are shrinking.  While we are looking for innovative ways to make Jewish life and Jewish living more attractive and attainable to our population, there is an opportunity to open our doors even wider and make a more robust effort to welcome and include Jews with disabilities (as well as their families). 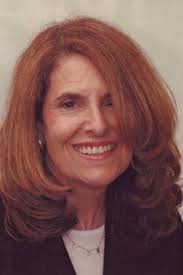 Our sages teach, “Do not separate yourself from the community.”  However, Jews with disabilities are too often separated from the community through no fault of their own.  If synagogue leadership could answer “yes” to the above questions, we could expand our reach in deep and important ways.  There are Jews out there who are “religious” and want to belong.

Maybe Pew could have asked a question like:  Do you want to be a part of synagogue life or a broader Jewish community, but feel turned away because of physical and attitudinal barriers? There are so many Jews with disabilities who remain unaffiliated because of inaccessibility but who do not want to remain unaffiliated.  These same people very well might self-identify as religious, but may not have a place to worship or participate in Jewish life. So by default they become unaffiliated.  The Pew study could have asked the same potential question another way:

Do you WANT to affiliate with a synagogue but feel like they don’t want you?

Some synagogues report that they are inclusive and cite a story or two about how a grandparent or guest at a bar mitzvah was able to enjoy their service.  But, as the saying goes, “the plural of anecdote is not data.”  When twenty percent of your stories include Jews with disabilities, I’ll consider your synagogue inclusive.

At some point down the line, Pew might consider expanding their segmentation for a study on this demographic.  They might want to target specific parts of the Jewish community – especially those with disabilities who are denied accessibility and inclusion in the Jewish community.  It would be interesting to see the numbers inverted – because no doubt, this is a population that has long been yearning to be an important part of synagogue life and the Jewish community.

Rabbi Lynne Landsberg is the Religious Action Center of Reform Judaism’ssenior adviser on disability issues, co-chair of the Jewish Disability Network and co-chair of the Committee on Disability Awareness and Inclusion of the Central Conference of American Rabbis. Engage TheRAC on Twitter or follow them on Facebook.