We’ve been doing a lot of thinking over the past couple of months about what the best educational setting is for R. Much like our questions about camps, we’ve wondered if we are doing the right thing for R by keeping him in his current day school setting. This school year has been difficult for R, for his teachers and for us. R’s needs are atypical and not easy to figure out, particularly as academic demands increase.

We’ve considered other options. We’ve looked at other Jewish day schools with amazing support systems, but they come with a heavy price tag. We’ve looked at what the public school can offer, but so far none of them are the right fit, and of course the Jewish education would be missing.

We approached Passover with a lot to consider. Three-quarters of the way through the school year, we are feeling good about the current system in place for supporting R in school, but not so good about the process it took to get here or what next year might look like. Is it fair to R to keep him in a school that wants to support him, but does not necessarily have the tools to do so in a time frame he needs to succeed?

And then we had our seders. R begged to lead at least one. He had been learning in school about the different parts of the seder and participated in the school seder. He put together a plan for how he would work through his Hagaddah and how it would correspond with the Hagaddahs the rest of us would use. He was excited – who could say no?

R was amazing – so amazing that he led both of our seders. He sang, he read in Hebrew, he told stories and invited conversation. His eyes sparkled and he exuded confidence. At our second seder, he had an audience of 28. We’re a tough crowd, and he had us all from the first page.

We still don’t have the answers we need about keeping R at his school and how they can respond to his needs in real time. But the seders reminded us of something we had begun to lose sight of: R’s connection to Judaism. In a sea of complex service providers and options for behavior plans, we need to remember and honor the ways that this connection continues to be an invaluable factor in his development. 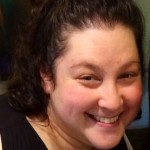 This post is a part of our series called “A Parent’s Perspective”. The author, Benay Josselson, is an attorney who lives in New City, New York with her husband and two children.