My Child is Not a Mitzvah Project. Or is he? 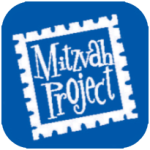 I can still remember the day, my daughter Tracey ran into the house and announced my neighbor, Nancy, would like Jacob to be Adam’s mitzvah project for his Bar Mitzvah. Before I could even open my mouth and scream NO, my father who was visiting quietly said “be nice, say ok”.  I swallowed my words and said “ok”. But it wasn’t.  Next time I went to my synagogue I saw my Rabbi and tried to rationalize this request, but ended up pleading with him to agree with me “my son is not a mitzvah project”.  In the end I had to tell my neighbor that this wasn’t going to work.

A couple of years later the town in which I live in began an alternative sports league for children with disabilities. The program has a head coach and the opportunity for teens to volunteer for their Mitzvah project.  These teens were energetic and happy to work with our kids.  Each week I looked forward to seeing them and hoped their appropriate behavior would be a model for Jacob.  On the other hand, the conversations on the side lines between the parents usually involved criticism of the volunteers…..would they continue after their B’nai Mitzvahs? Will they become my child’s friend? Invite them to a birthday party or say hello to them at school? They are just using our kids.  I always argued they might do some of this, but even if all they did was say hello to them in the hall at school or in town, dianu that would be enough. I also always added that we will never know the impact working with special needs children will have on them now or down the road. But did I really believe that?

As Jacob continued to participate in special needs programs in our community, he continued to meet volunteers who were there to fulfill a community service or Mitzvah project requirement. One year in particular, one of the volunteers in his after school program also happened to be the young man sharing his Bar Mitzvah with my daughter, Lauren. I remember going to the clergy to make sure that when this child wrote his D’var Torah and mentioned his Mitzvah project that he be sensitive to the fact that Jacob would be sitting in the in the congregation. Turns out I didn’t have to worry. Not only was he aware, but Jacob was so excited he would be there for his Bar Mitzvah too.

Jacob attends a school out of our district. He also attends the religious school at our synagogue with the support of an aide who we provide. We have continued in the Alternative Sports League. When Jacob entered 7th grade at religious school, I realized that he now would be in class with some of the students were fulfilling their Mitzvah requirement by being mentors in the program where he was a participant. Would he notice?  Would he feel self-conscience as they reported in on their project each week?

As expected, several boys from our synagogue volunteered at the Alternative Sports League. Each Saturday Jacob couldn’t wait to see his friends from Hebrew School.  Secretly I prayed Jacob wouldn’t have a meltdown or act “weird.” Each week I held my breath for an hour. Sometimes there were melt downs and there were times he was socially clumsy. But each week as we left the gym this group of teens would wave and shout “Hey Jacob see you Monday in Hebrew school”.  His face lit up and he always responded “see ya guys”.

This fall Jacob entered 8th grade and we once again signed up for the Alternative Sports League. Jacob only wanted to know if his friends would be there. I didn’t have the heart to tell him there would probably be a new group of kids. Much to our surprise, the boys from last year continued volunteering. Jacob was thrilled. One Saturday I was telling one of the volunteer’s moms how awesome her son and the rest of the group of boys were. She smiled and said they love the kids and they love Jacob. As a matter of fact she added they usually go out for lunch after and asked, “why don’t you send Jacob with them.” Another mom was going to pick them up and drop them off in town. I was like, “you mean give him money and let him go alone”?  With my heart in my throat, I let Jacob go. I will confess to having followed them and peering into the deli. After lunch, the four boys that were dropped off turned into eight. As they poured out of the deli Jacob spotted me and announced he was walking with them to one of the kids houses. I asked one of the boys if that was ok and he said of course. they were walking to his house. I picked up Jacob two hours later. When I saw one of the boys waiting to be picked up, I thanked him and tried to tell him how meaningful this was to Jacob without embarrassing him or myself. He replied “what, it’s no big deal, we love Jacob.” Now most Saturdays after sports if the plan is lunch and hanging out, they include not only Jacob but another 8th grade boy who also has a disability.

Not every story has a great ending like this. Raising Jacob has certainly been a journey, with highs and lows. However, I can honestly say as I have opened my eyes and opened my heart, good things have resulted. I hope you will do the same.  Remember that seeds planted today in our children become tomorrow’s harvest.  We may not even see the changes right away, but like seeds planted in the earth, each act of making another person feel counted, feel deeply valued, will surely yield a harvest of goodwill, a harvest of a fruitful community, blessed by God for its inclusiveness.